Home » Newsroom » Official Statements » UNRWA Commissioner-General Statement at the Brussels VI Conference: "Supporting the future of Syria and the region"
Back to Newsroom

UNRWA Commissioner-General Statement at the Brussels VI Conference: "Supporting the future of Syria and the region" 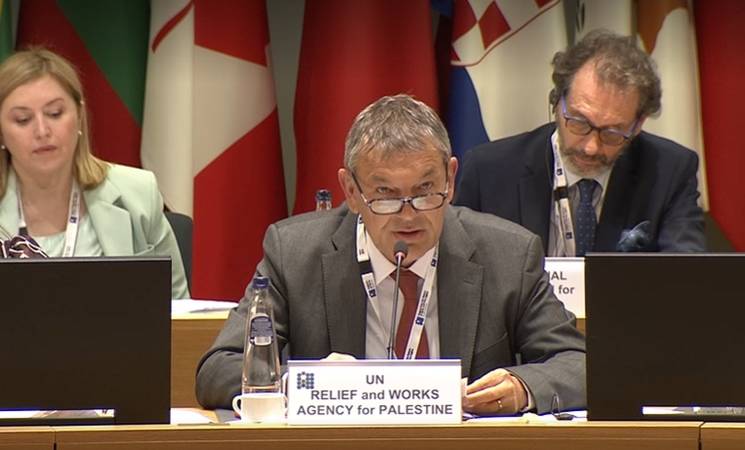 There are nearly 440,000 Palestine refugees who still live in Syria. Most of them live on less than US$ 2 per day.

Around 50,000 Palestine refugees who fled the conflict are currently in Lebanon and Jordan.

They are among the most vulnerable refugee communities in the region.

In Syria, most of them were displaced at least once. Like many Syrians, Palestine refugees were killed, detained and disappeared during the grueling conflict.

The destitution of Palestine refugees from Syria and that of the hosting communities in Jordan and Lebanon require UNRWA to provide emergency cash assistance to close to 600,000 people. Due to funding challenges, the assistance we provide is not proportionate to the needs of the refugees.

Last month, I visited Yarmouk camp in Damascus. It was once a bustling economic hub and was home to 160,000 Palestine refugees.

I saw families living among rubble, possibly between unexploded devices, with limited public services.  They had no other choice but to return to Yarmouk because they can no longer afford to pay rent outside it.

1200 families have already returned; many more are expected to return over the summer.

Palestine refugee families are also returning to two other camps that have also been almost entirely destroyed, Dera’a and Ein el Tal.

Children who emerge out of the ruins must go to school. Pregnant women must receive medical care. Those with chronic conditions must be able to find their medications without delay.

I have no doubt that UNRWA must rehabilitate its schools and clinics to ensure the continued access of Palestine refugees to essential services.

I refer to a targeted rehabilitation with the specific goal of providing education and health services to those Palestine refugees who have returned to their original homes in camps.

Finally, I am calling on the representatives of the international community to support our Emergency Appeal for Syria, Lebanon and Jordan and the plan to rehabilitate our vital installations.

Palestine refugees deserve not to be forgotten and to live in dignity.