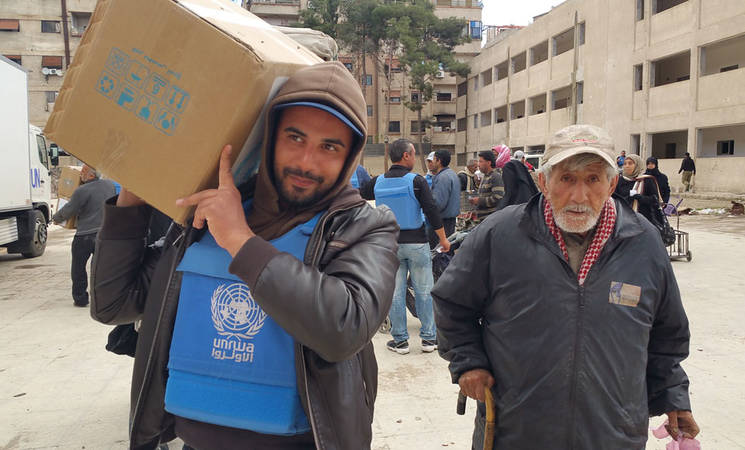 The most recent bombing near Qabr Essit camp (Sayyida Zeinab) leaves UNRWA very concerned about the volatility of the situation on the ground, especially as February bombings in the area claimed the lives of over 30 Palestine refugees. To minimize exposure of UNRWA staff and Palestine refugees living in the area, UNRWA closed its schools and cancelled afternoon classes for the day. It also restricted all staff movement in the area. To safeguard civilian life, UNRWA repeats its call for a complete stop of hostilities in Syria.

Despite a reported lull in clashes in Yarmouk, there are credible reports of frequent sniper fire posing high risk to civilian safety and severely curtailing freedom of movement. To date, UNRWA has not received any reports of improved civilian access to food and water. The Agency remains extremely concerned over the humanitarian needs of the population inside Yarmouk.  In the meantime, UNRWA continues to seek authorization from concerned authorities to resume critical food distributions and mobile health to the Yalda, Babila andBeit Sahem area as soon as possible.  UNRWA will resume its vital humanitarian interventions in Yalda, Babila and Beit Sahem upon receiving assurance of safe and secure passage for civilians and UN staff.

Background on the situation in Yarmouk camp