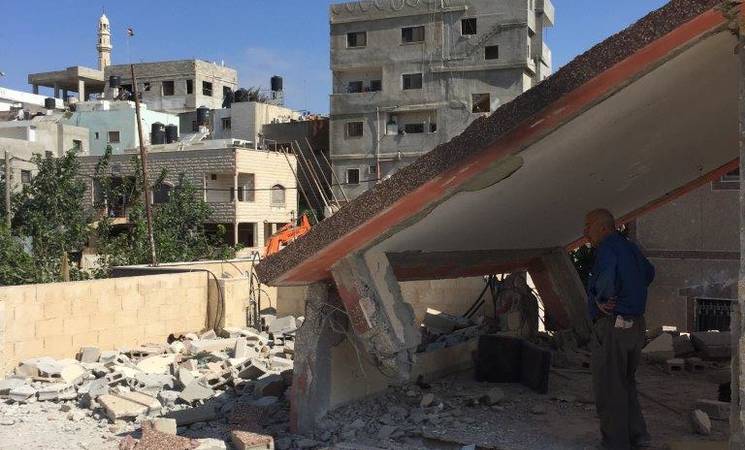 The Israeli authorities carried out punitive demolitions in Kalandia refugee camp in the occupied West Bank in the middle of last night, demolishing two homes. The Israeli army operation began around midnight last night, beginning with the demolition of the home of UNRWA sanitation labourer, Yassin Yusuf Assaf and five members of his family. Assaf’s son Issa was killed while carrying out a stabbing attack that resulted in the death of two Israelis outside Jaffa Gate in December 2015.

The walls of the home were demolished from the inside. There are also 16 other adjoining apartments belonging to other relatives, but we cannot confirm if they have been damaged.

There were armed clashes during the Israeli security forces operation, with at least six injuries, three reportedly by live fire and three by plastic-coated metal bullets.

There were no reports of Israeli operations violating UNRWA installations, although there was reportedly a heavy presence of Israeli personnel around the Agency’s Kalandia Training Centre. In addition, the house of Assaf was 95 m from the UNRWA Basic Girls’ School.

Punitive home demolitions are a form of collective punishment which are illegal under international law. They inflict distress and suffering on those who have not committed the action that led to the demolition and they often endanger people and property in the vicinity.

UNRWA condemns punitive demolitions and reminds Israel, the occupying power, that under international humanitarian law it has an obligation to protect the occupied people and provide services.