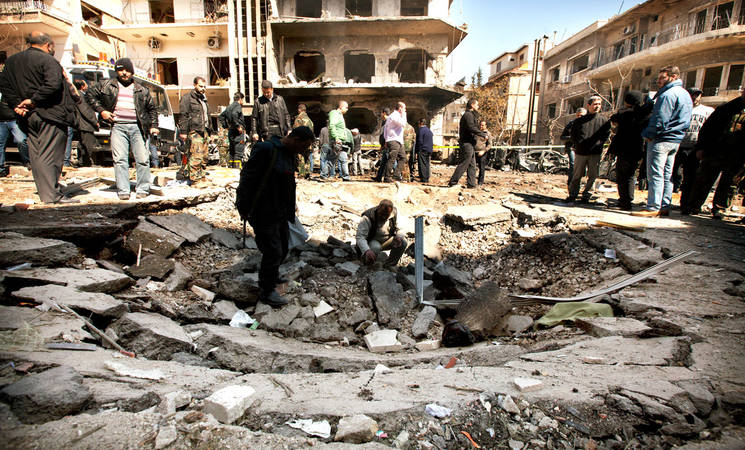 The UNITED NATIONS RELIEF AND WORKS AGENCY FOR PALESTINE REFUGEES (UNRWA) is increasingly concerned at the continued prevention of access for desperately needed humanitarian assistance to Palestinian civilians in Yarmouk. The Syrian authorities and all concerned parties have the power to allow UNRWA to deliver safely humanitarian assistance into Yarmouk, to ease the intense suffering that Palestinian civilians are enduring there. They must exercise this power for the sake of humanity.

Since July this year, in spite of UNRWA’s numerous appeals and efforts, Palestinian civilians and others who remain in Yarmouk have had little or no freedom of movement or access to humanitarian assistance. The result is a grave humanitarian situation: in addition to facing death and serious injury from the armed conflict, Yarmouk’s civilian residents are exposed to psychological trauma, malnutrition and a lack of health care.

Syrian authorities and all parties must demonstrate that they are willing to take steps to avoid human suffering and are capable of fulfilling their legal obligations to protect civilians.  These can be achieved by allowing UNRWA safe access to serve Palestinian civilians inside Yarmouk.

With renewed urgency, UNRWA also appeals to all parties to the conflict and to the international community to resolve the conflict in Syria through a peaceful process of mediation and dialogue.

Background
Prior to the armed conflict in Syria, Yarmouk, a suburb just south of Damascus city, was home to over 160,000 Palestine refugees.  In December 2012 and in the months since, armed conflict has caused at least 140,000 Palestine refugees to flee their homes in Yarmouk, as armed opposition groups established a presence in the area, with government forces controlling the periphery. Between December 2012 and June 2013, civilians could still access UNRWA assistance at the Zahera entrance to Yarmouk. However, from mid-July 2013, Palestine refugees have been trapped in the area, with little or no access or freedom of movement.