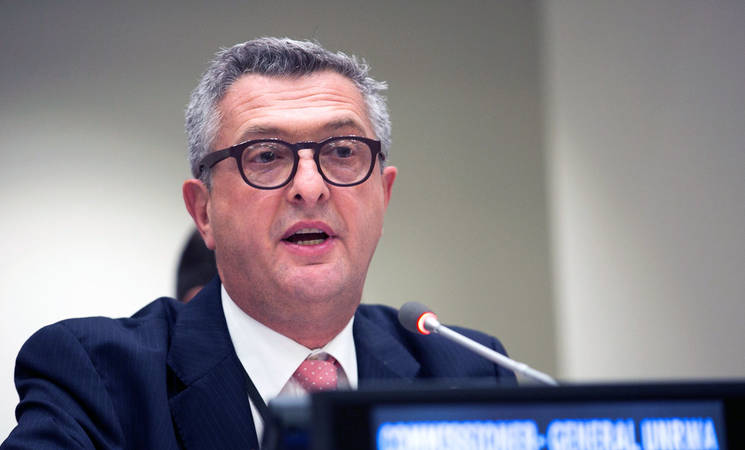 The Commissioner-General of UNRWA, Filippo Grandi, wishes to announce that the UNRWA staff strike in the West Bank has ended. Following President Abbas' firm request for the strike to be concluded, and the effective mediation of Prime Minister Hamdallah and his government, a framework document was signed tonight between the Director of UNRWA Operations in the West Bank, Felipe Sanchez, and the representative of the Area Staff Union, Shaker Risheg. It will form the basis for constructive discussions and mutually agreed implementation of measures to improve the conditions of service of staff, and the quality of services to refugees.

UNRWA is looking forward to the immediate resumption of all services provided by the Agency in the West Bank, including East Jerusalem, as the strike - which lasted for over two months - has inflicted enough suffering on an already disadvantaged population, something which UNRWA deeply regrets.

The Commissioner-General and the Director of Operations would like to take this opportunity to express UNRWA's gratitude to President Mahmoud Abbas, Prime Minister Rami Hamdallah, Minister of Labour Ahmed Majdalani, the PLO Department of Refugee Affairs and the Camp Services Committees, and all those who contributed to finding a solution to this difficult situation.