UNRWA regrets the recourse by certain groups and institutions to personal attacks and unfounded allegations in expressing opposition to the Agency's decision to suspend certain medical services at Qalqilya Hospital until the Agency completes its investigation into the death of a patient and related appraisal of the hospital operations and performance.

The decision to halt the intake of new patients for certain treatments at Qalqilia hospital is an Agency decision and personal attacks against the Agency's West Bank Director of Operations and other staff are totally unacceptable. Uninterrupted access for Palestine refugees to UNRWA services, the continuity of these services and the safety and security of UNRWA staff are paramount.

UNRWA views with deep concern the irresponsible reference to "genocide" in describing actions taken to improve and strengthen services to Palestine refugees. 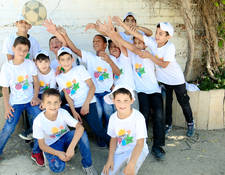