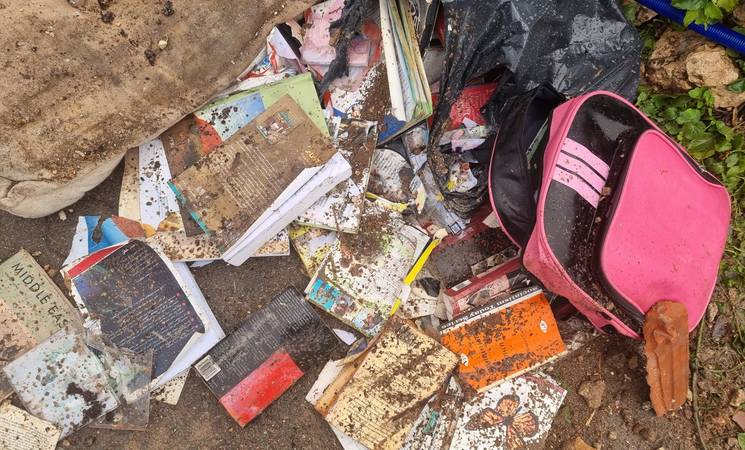 The West Bank field office of the United Nations Relief and Works Agency for Palestine Refugees in the Near East (UNRWA) condemns the demolition of the home and eviction of the Salhiyya family in the Sheikh Jarrah neighborhood of East Jerusalem. Israeli forces violently raided the house of the Palestine refugee family at 3 am on 19 January, while members of the Salhiyya family, including an older woman and a young child, were sleeping. In a matter of hours, the Salhiyya's house and possessions were destroyed, erasing all traces of their nearly 40 years of history in the neighborhood. Having already lost their place of residence as a result of the 1948 conflict, the Salhiyya family is now again displaced, seeking refuge one more time.

In the course of the operations aimed at evicting the family, the Israeli forces injured several family members. In addition, the Israeli forces arrested, among others, Mahmoud Salhiyya, the head of the family, who had threatened self-immolation two days ago, when Israeli forces demolished his commercial activity and source of livelihood next to the house. Visiting the scene this morning, UNRWA West Bank observed the total destruction of the house: school bags, clothes and family photos still partially visible under the rubble..

Sadly, the case of the Salhiyya family's is not unique. Tens of Palestine refugee families in different parts of Sheikh Jarrah alone (over 200 persons, many of whom are children) currently face an imminent threat of eviction by Israeli authorities. According to data collected by the United Nations Office for the Coordination of Humanitarian Affairs (OCHA) in 2020, an estimated 218 Palestinian households (comprising 970 Palestinians, 424 of whom are children) across East Jerusalem are at risk of displacement by the Israeli authorities.

UNRWA calls upon the Israeli authorities to immediately halt all evictions and demolitions in the West Bank, including East Jerusalem. Under international humanitarian law, the forcible transfer of protected persons, as well as the destruction of real or personal property belonging individually or collectively to private persons by Israel, as the occupying power, is strictly forbidden, except where such measures would be rendered absolutely necessary by imperative military reasons, or for the security of the population under occupation.

UNRWA calls on the Israeli authorities to abide by international laws and, as the occupying power, ensure the protection of Palestine refugees and civilians in the West Bank, including East Jerusalem. All individuals have a right to safe and secure housing and to live in peace and dignity.

UNRWA is a United Nations agency established by the General Assembly in 1949 and mandated to provide assistance and protection to Palestine refugees registered with UNRWA across its five fields of operation. Its mission is to help Palestine refugees in Jordan, Lebanon, Syria, West Bank, including East Jerusalem, and the Gaza Strip achieve their full human development potential, pending a just and lasting solution to their plight. UNRWA services encompass education, health care, relief and social services, camp infrastructure and improvement, protection and microfinance.