Home » Newsroom » Official Statements » A year after the Gaza war started, the causes of conflict remain unaddressed
Back to Newsroom

A year after the Gaza war started, the causes of conflict remain unaddressed 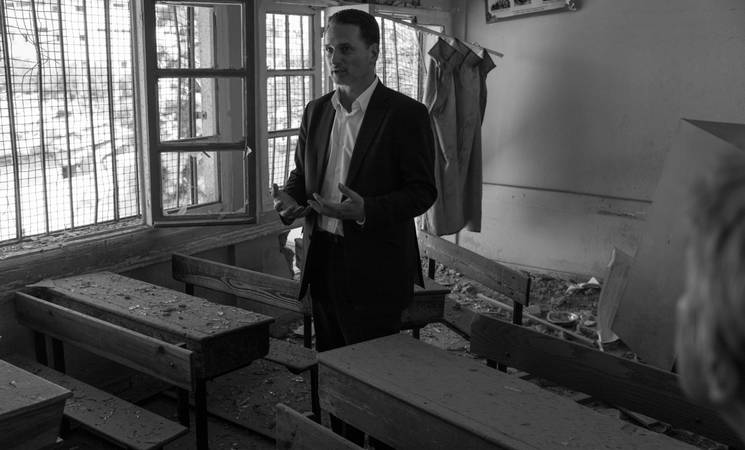 A year after the devastating Gaza conflict that claimed over 1,500 civilian lives, including 551 children, the root causes of the conflict remain unaddressed. The despair, destitution and denial of dignity resulting from last year’s war and from the blockade are a fact of life for ordinary people in Gaza.

The physical and psychological scars are everywhere to be seen in the Gaza Strip. Countless children live with the traumas endured during the war and over a thousand live with what will be lifelong disabilities. This should be a reminder that conflicts are first and foremost measured by the human cost that they inflict.

Furthermore, 315 days on from the ceasefire, not a single totally destroyed house, of which there are over 12,000, has been rebuilt. This leaves some 120,000 people homeless. Coming in addition to high levels of unemployment and a lack of prospects for Gaza’s youth, this situation represents a time bomb for the region.

Resolute political action is required on a number of fronts to achieve the necessary change of paradigm in the Strip, starting with a lifting of the blockade, ensuring rights and security for all, allowing increased exports from Gaza to stimulate economic recovery, and freedom of movement for civilians. While some steps have been taken in recent weeks, they fall far short of what is needed to bring about fundamental change in the lives of the population.

There also needs to be accountability for international law violations in the 2014 conflict. Investigations must be carried out in accordance with international standards. Victims of violations should be promptly and adequately compensated and have access to an effective remedy.

In the middle of Gaza’s dire circumstances, hope is a commodity in short supply and yet so crucially important. This week, the first refugee families are receiving assistance from UNRWA in order to rebuild their totally destroyed homes. While the numbers are small, and it comes very late, this development could be significant if sufficient quantities and the desperately needed funding can be obtained.

In an increasingly unstable Middle East, neglecting the needs and rights of the people of Gaza is a risk the world should not be taking.

The 50 day conflict saw 2,262 Palestinian killed of which 1,500 were civilians, including 551 children and 305 women. 71 Israelis were killed of which 66 were soldiers and 1 was a child. 138 students attending UNRWA schools lost their lives and at least 814 were injured. Of the more than 11,000 people injured in Gaza, 1,000 are children who have permanent disability.   The destruction of property was on a massive scale. At the height of the conflict over half a million displaced people fled attack - nearly 300,000 of whom took shelter in 90 UNRWA schools; six times the number during the 2008/9 conflict. UNRWA estimates that nearly 140,000 houses were either damaged or totally destroyed and that the present pace of reconstruction must accelerate if Gaza is ever to be rebuilt.