“The Long Journey” opens in Gaza

UNRWA Commissioner-General Pierre Krähenbühl participated in the inauguration of ‘The Long Journey’, an exhibition of iconic photographs and films from the UNRWA photo and film archive, at the French Cultural Centre in Gaza City yesterday. “These influential historical images are the property of all Palestinians as part of their heritage, which includes not only their suffering and loss, but also their achievements,” speaking at the inauguration ceremony Mr. Krähenbühl said. “UNRWA, as the custodian of this archive, takes full responsibility for its protection and conservation, and for making it available to all those who are interested," the Commissioner-General added.

The UNRWA archive consists of over half a million negatives, prints, slides, films and videocassettes covering all aspects of the life and history of Palestine refugees from 1948 to the present day. The archive was inscribed on the UNESCO ‘Memory of the World’ register, which includes collections of outstanding cultural and historical significance.

The first exhibition opened on 28 November 2013 at the Al-Ma’mal Centre in the Old City of Jerusalem and was shown in Amman in March and April this year.

In tandem with the digitized archive, UNRWA has built a new web portal (http://archive.unrwa.org/) where images will be available to media, academics, writers and others who wish explore the world of Palestine refugees from 1948 to the present day. 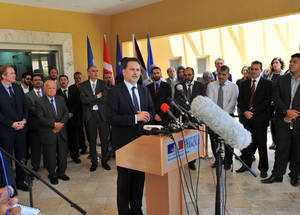 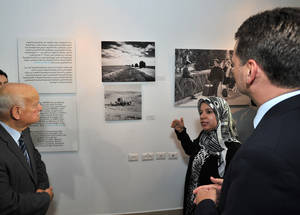 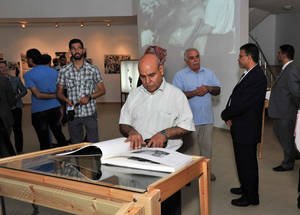