Home » “Education is very important to me. It is the only way we can keep our respect.”

“Education is very important to me. It is the only way we can keep our respect.”

Saja Abu Iltayef, an 11-year-old Palestine refugee, is from the area of Sha’af, just east of the Shujaiya neighbourhood in the eastern side of Gaza City. She is full of hopes and dreams about going back to school. Shujaiya, where 92,000 people live within an area of 6 sq km, is one of the most densely populated areas in the Gaza Strip.

Life is not easy for Saja and her family. Shujaiya was one of the most heavily affected areas during the 2014 summer hostilities. Moreover, the eight-year Israeli-imposed blockade on Gaza, which severely restricts the movement of people and goods, means that many refugees are unable to explore work opportunities beyond the coastal enclave. Saja’s father is a teacher, but with the large family he has, it is hard to afford all the needs of his children, especially with none of his elder sons working. The Palestinian Central Bureau of Statistics put unemployment in Gaza at 41.6 per cent for the first quarter of 2015, one of the highest in the world. According to the World Bank, youth unemployment soared to more than 60 per cent by the end of 2014.

The flat where Saja lives with her extended family is on the fourth floor of a multistorey building. It consists of five rooms – one for her parents, one for her brother and his wife with their little child, a guest room, one full of old furniture, and the last one, where she used to sleep and study for her lessons. “I used to sleep in this room, but since the war I refuse to sleep there,” says Saja. “I feel so scared, so I prefer to sleep in the parlour with my little brothers and sisters; we all feel safer there.” 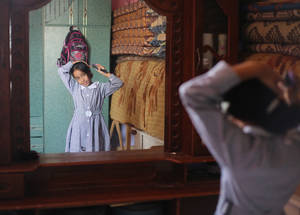 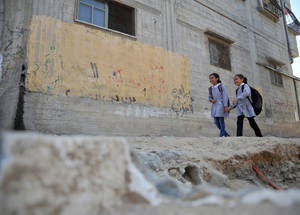 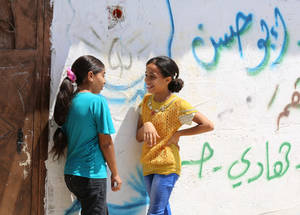 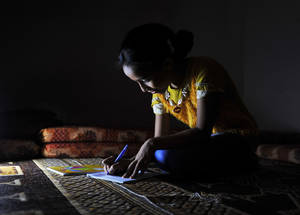 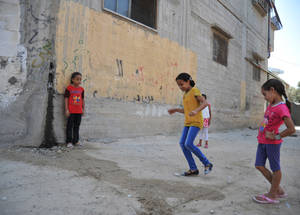 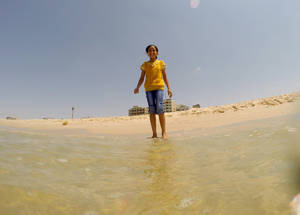 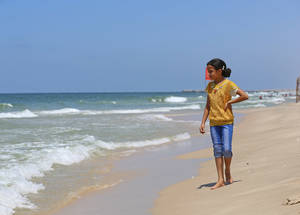