At 10 o’clock in the morning in an UNRWA school in Shujjaiya in eastern Gaza city, about 25 pupils sit around large wooden tables covered with pink, purple and blue silk paper, boxes of water colour paint and long, thin brushes. The atmosphere is relaxed, the children smile.

“The drawings today are very different from those when I started with these arts classes,” said art teacher Marwa Amer Al Assar from the Elementary Co-ed School in Shujjaiya, a neighbourhood infamous for the extensive shelling and devastation during last summer’s conflict. “At the beginning, the children drew the war, they drew destroyed houses and they used black and dark red colours in all their paintings. Over time, they started to change, and today they often paint their dreams, and what they wish for themselves and their family in the future.”

Painting dreams might be normal for pupils in many countries, but Gaza’s school children have all witnessed destruction, displacement and death over the past seven years in repeated cycles of military conflict. They were born and live in an enclave that spans just 365 square kilometres, isolated from the rest of the world and ravaged by poverty and high unemployment. The Dubai Cares project was launched in January 2015 and includes the recruitment of 364 sports and arts teachers (female and male) in 190 UNRWA schools, who help children develop positive coping mechanism through sport, art and psychosocial support. The project runs until November 2016. 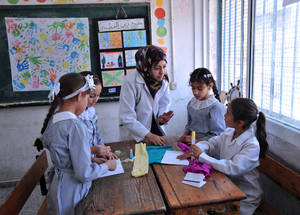 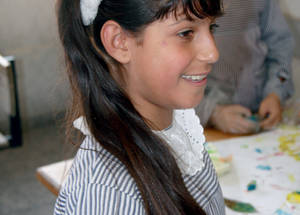 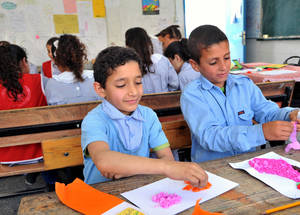 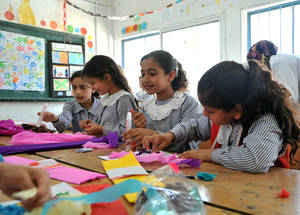 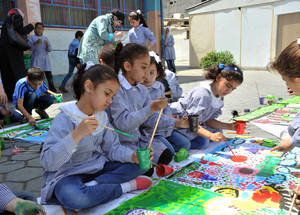