Fourteen-year-old Maria from Marka camp in Jordan is one of seven children of Jawad Faisal Mohammad Emteir, all of whom have benefited from UNRWA education services. Despite her excellent academic achievements, the ninth grader has even greater ambitions, aspiring to become of the top student in her school in the coming school year. She says, “If I don’t study hard like my older brothers and sisters, who will help my family, especially given my father’s disabilities?”

Maria’s father is a 57-year-old Palestine refugee who was living with his parents in the village of Beit Jibreen near Hebron. Jawad fled from Palestine to Jordan soon after the breakout of the 1967 hostilities. He first lived in Souf camp for a month before relocating to Marka (Hitten) camp. He has been living there ever since, having gotten married and raising his seven children in the camp. 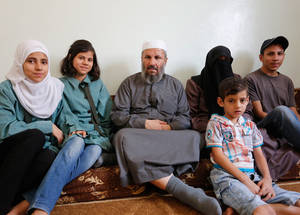 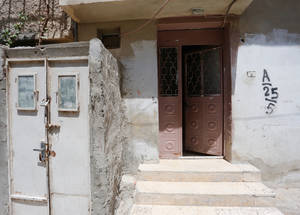 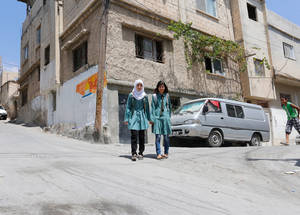 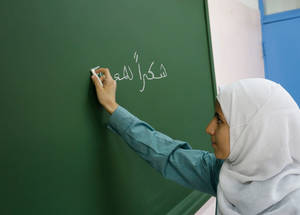 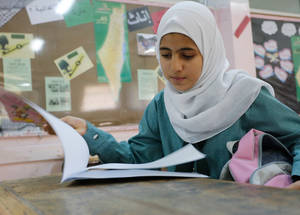 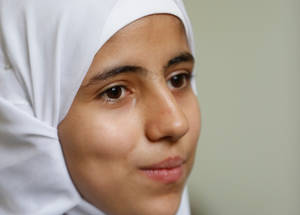