With EU support, UNRWA opens thirty-second edition of ‘the Long Journey’ archive exhibition in the Hague

On Monday, 3 October, the UNRWA Commissioner-General Pierre Krähenbühl; the Dutch Minister for Foreign Trade and Development Cooperation, Lilianne Ploumen; and the Mayor of the City of The Hague, Jozias van Aartsen, officially opened the thirty-second edition of the travelling UNRWA exhibition, ‘The Long Journey’.

The exhibition features moving photos from the Agency’s Film and Photo Archive of the lives and history of Palestine refugees since the first flight in 1948, as well as UNRWA service delivery throughout the decades. It is a stark testimony to the many challenges Palestine refugees have faced throughout the decades, but also bears witness to their extraordinary resilience in the face of adversity.

The exhibition also illustrates the strong 45-year partnership between the European Union and UNRWA. It showcases how the European Union has steadfastly supported Palestine refugees through predictable and generous annual contributions to the Agency’s core education, health care, and relief and social services programmes, as well as through ad hoc funding to respond to emerging and specific needs stemming from the humanitarian crises in the occupied Palestinian territory, in Lebanon and in Syria.

The exhibition will be open to the public until 28 October in The Hague City Hall (the Atrium Den Haag).

EU and UNRWA – Together for Palestine Refugees 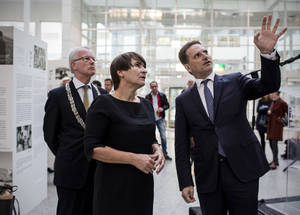 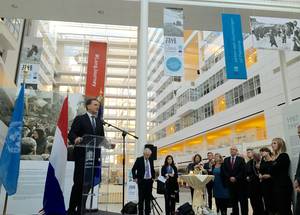 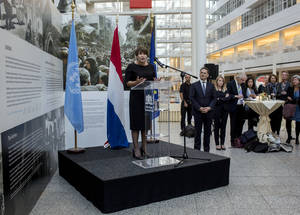 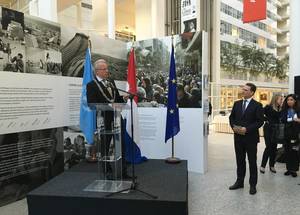 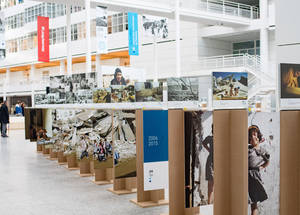 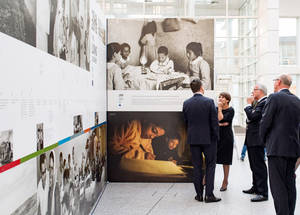 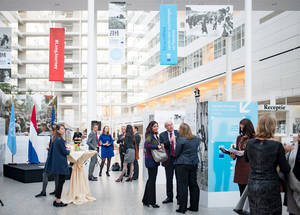 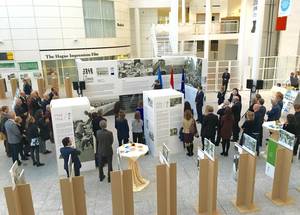