On 15 December 2016, the United Nations Relief and Works Agency for Palestine Refugees in the Near East (UNRWA) opened the fifth annual Academic Fair to support young Palestine refugees in their pursuit of future educational and professional opportunities.

The Fair was funded by the European Union’s Neighbourhood and Partnership Instrument (ENPI), which provides education, training and employment support for young Palestine refugees in Lebanon, and also supported by the Lebanese Universities League in order to expand the exposure and connections of young Palestine refugees to academic opportunities and to help them make decisions about their future careers.

Through the Fair, more than 650 Palestine refugee twelfth-grade students were provided with information and assistance to help them plan for their future careers, including advice on educational programmes at Lebanese and foreign universities – by both public and private institutes at the undergraduate and postgraduate level – as well as their admission processes and available majors and scholarships. In total, 26 Lebanese and foreign universities, academic institutes and scholarship providers participated in the event.

EU-UNRWA: Together for Palestine Refugees 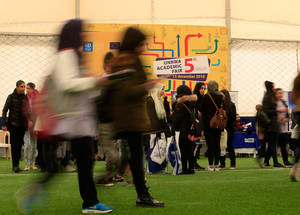 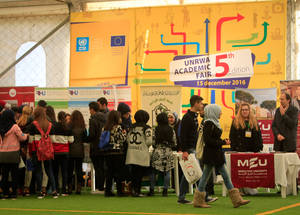 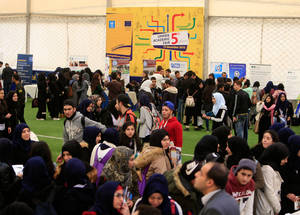 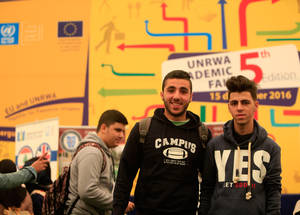 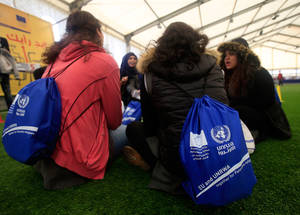 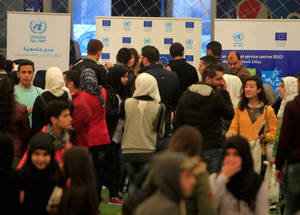 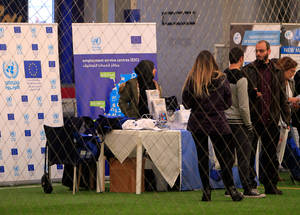 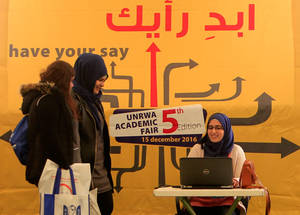