UNRWA Commissioner-General Pierre Krähenbühl visited Yarmouk, Syria, on 10 March, just five days after UNRWA resumed food distributions for the first time in three months. Distributions halted on 6 December and only resumed on 4 March this year. Reports of widespread deprivation and malnutrition among residents of Yarmouk led the stories that the people of Yarmouk shared with Mr. Krähenbühl.

In his meetings with the Government of Syria, the Commissioner-General called upon authorities to maintain and build on the effort to relieve the 18,000 residents trapped in Yarmouk. He specifically requested that no limits be imposed on the number of days of food distributions or on the number of families who may receive assistance on each day of distribution. UNRWA is encouraged by the continuation of its food distribution for a fifth day and recognizes the Syrian authorities' efforts to make this positive development possible. 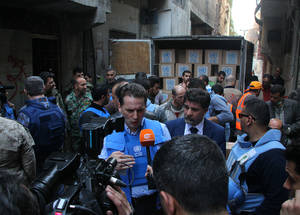 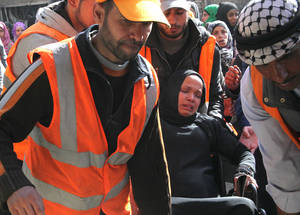 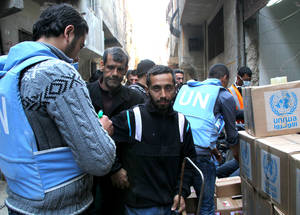 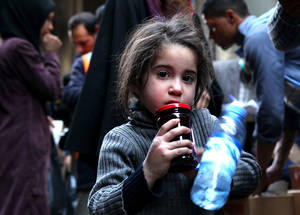 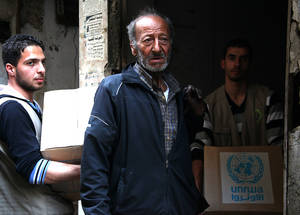 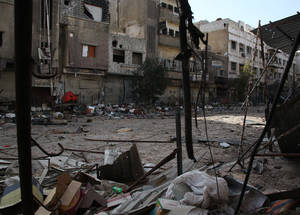 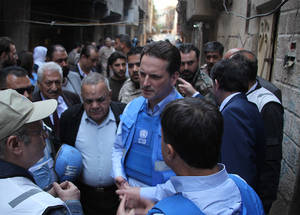 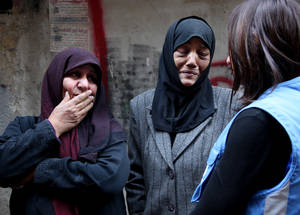 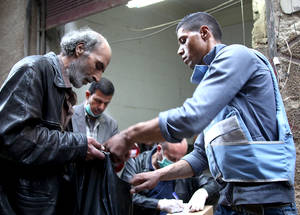 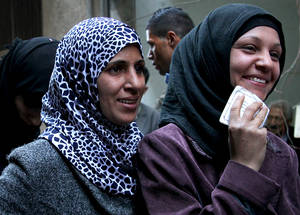