Honoring our fallen colleagues in Gaza

The UN flag was flying at half-mast at UN Headquarters in New York on Thursday (7 August 2014) in memory of the eleven UNRWA staffers who were killed during the Israeli military onslaught on Gaza Strip. Also Thursday around the fountain in front of the UN building, a moment of silence was observed by UN staff members in memory of their Palestinian colleagues. The event was coordinated to coincide with others held in Geneva, Vienna, UNRWA headquarter and field offices and at other UN missions around the globe.

Two UNRWA contractors employed under the Agency's Job Creation Programme have also been killed while on duty in UNRWA's shelters; they are Adel Mohammad Abu Qamar and Hazim Abdelbasit Abu Hellal, both guards. 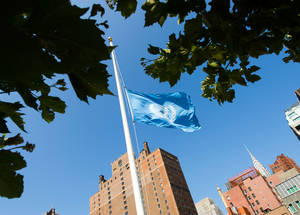 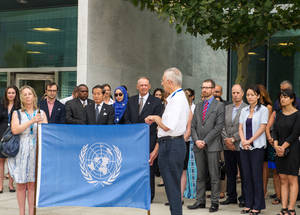 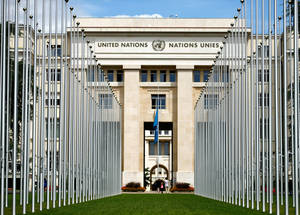 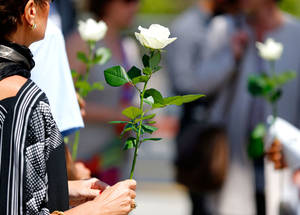 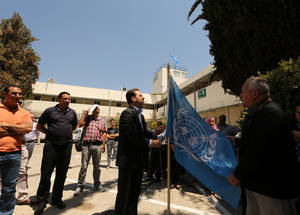 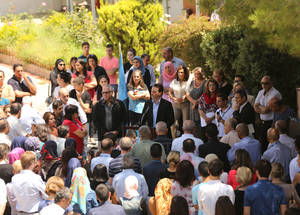 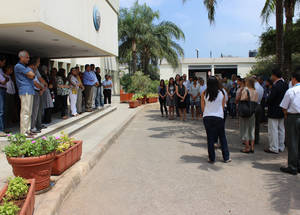