Thanks to a generous donation of US$ 1.5 million from the Khalifa Bin Zayed Al Nahyan Foundation (KBZF), UNRWA was able to provide Palestine refugee students with school supplies during a recent distribution! The entire student population – some 3,100 students – at the UNRWA Sheikh Khalifa Bin Zayed Al Nahyan Elementary Boys’ and Elementary Co-educational Schools in Gaza received supplies including full school uniforms, bags and shoes.

The humanitarian and socio-economic conditions for most of Gaza’s population of two million Palestinians continues to deteriorate under the Israeli-imposed blockade on Gaza. Since 2010, and for the 11th scholastic academic year, KBZF and UNRWA have provided school supplies to Palestine refugee students. assisting them with the right tools to foster a positive learning environment. In addition to school supplies, KBZF has provided winter jackets, equipment and furniture to the two UNRWA schools adopted by the Foundation. Thank you for your continued support to Palestine refugees KBZF! 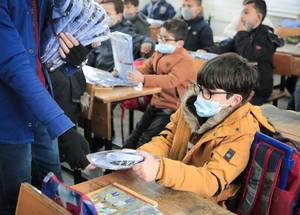 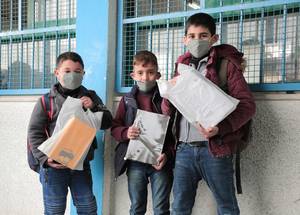 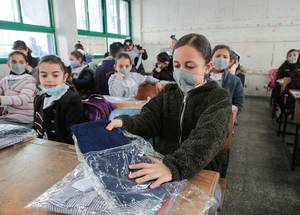 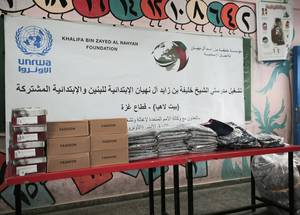 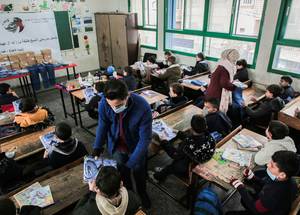 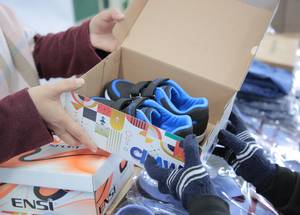