A visit by Arab Idol and Regional Youth Ambassador Mohammed Assaf to a girls' school in the Palestine refugee camp of Am'ari, near Ramallah, helped the United Nations Relief and Works Agency (UNRWA) emphasize the message of its Back to School campaign. Launched in August, the campaign highlighted important messages about education for Palestine refugee students, including those threatened by displacement and movement restrictions in the West Bank or suffering under the blockade in the Gaza Strip.

Each year, around half a million Palestine refugee students attend one of the Agency's 703 schools in Jordan, Lebanon, Syria, the West Bank and Gaza. For many of them, however, the 2013 school year began in very difficult situations of conflict, fear and instability.

Mr. Assaf spent the day speaking with the students and teachers at the UNRWA Am’ari Girls’ School. He encouraged the girls to study hard and complete their education. He said: "I am a son of UNRWA schools in Gaza - I graduated from UNRWA and went to university, and today, it's your turn. I urge you to complete your education, because education and knowledge are your future." He added: "Today, the Agency is responsible for the education of half a million refugees in schools across five fields. This is a major responsibility for UNRWA."

Mr. Assaf emphasized the role UNRWA has in promoting Palestinian identity and culture. He did his part too, performing a few songs for the students gathered in the schoolyard. 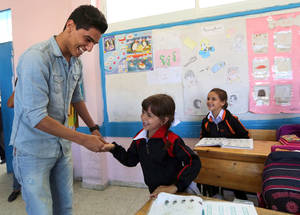 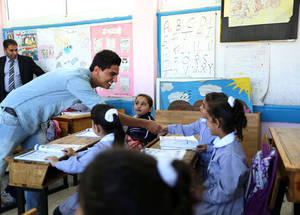 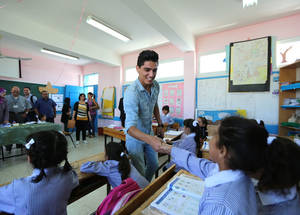 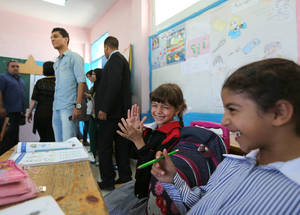 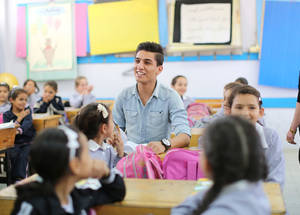 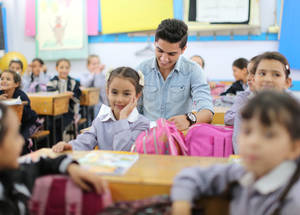 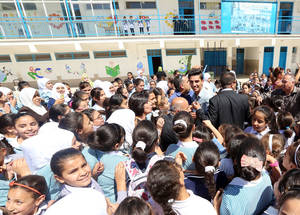 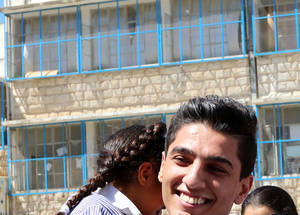 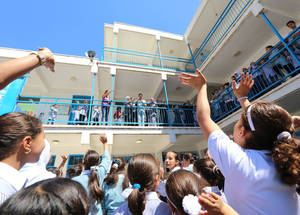 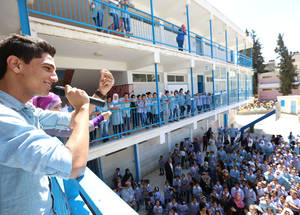