This week UNRWA provided  critically needed humanitarian aid to families in the areas of Yarmouk, Yalda, Babila and Beit Saham for the first time since June 2015. Over five days, the Agency completed its first round of food distribution from a location in Yalda, providing 5,700 families 35kg food parcel containing a range of basic commodities.

Civilians in these areas have endured extremely harsh conditions since UNRWA humanitarian access to Yarmouk was cut in April 2015, and to the neighbouring areas of Yalda, Babila and Beit Saham in June, 2015. One resident of Yarmouk reported: “We have no wood, no fuel, nothing to heat ourselves with. We have to put plastic bags on the windows to try to protect ourselves from the cold. Children are sick all the time.”

Access to water remains extremely limited in Yarmouk, with people relying on untreated water from shallow wells for their daily needs, resulting in increased health risks for the community. Palestine refugees from Yarmouk have reported increased incidence of WASH-related and winter diseases.

It is imperative that full and unimpeded humanitarian access be restored to support civilians in Yarmouk and across Syria. UNRWA remains deeply concerned over the situation of approximately 20,000 civilians in Palestine refugee camps and gatherings in Dera’a governorate, in the south of Syria, and Khan Eshieh Camp, south-west of Damascus.  The Agency has not had humanitarian access to these areas in over two years, although some civilian traffic in and out of these locations is possible. In both areas, refugees have been directly exposed to prolonged and intensive armed conflict and humanitarian deprivation.

UNRWA calls on all parties to the conflict to cease hostilities and facilitate unimpeded, unrestricted access to all civilians in need across Syria. 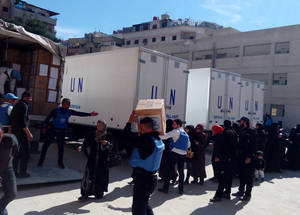 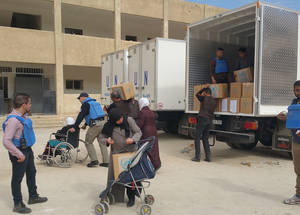 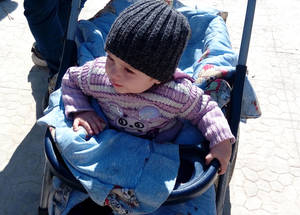 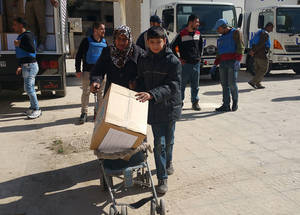 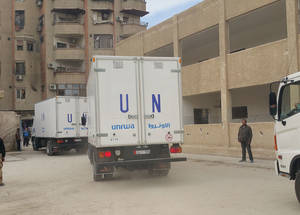