The UNRWA Health Programme in Gaza celebrated World Diabetes Day on 14 November 2016 with a variety of activities that highlighted the importance of taking action against the rapid spread of diabetes among Palestine refugees. Activities were also held to remind those in Gaza to participate in screenings to detect the illness at an early stage. The global theme in 2016 is “Eyes on Diabetes.”

One of the events was held in UNRWA Maen Health Centre in Khan Younis, southern Gaza. The Health Centre organized a closing ceremony for their awareness activities on diabetes and to celebrate World Diabetes Day. Senior UNRWA officials, health staff, patients with diabetes and their families attended the ceremony and two neighbouring UNRWA schools – Maen Elementary School and Maen Preparatory School – also participated.

The event included speeches from UNRWA Programme officials in Gaza, songs, a poem and sketches including a dialogue between a student and a doctor on how to follow a healthy lifestyle that avoids being vulnerable to diabetes. 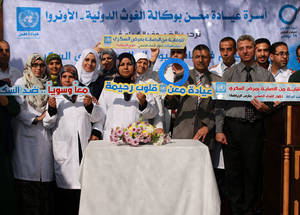 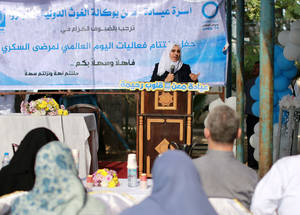 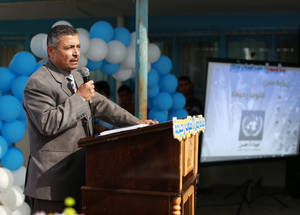 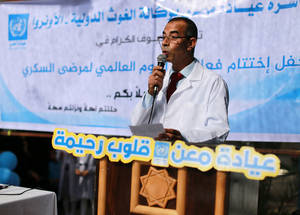 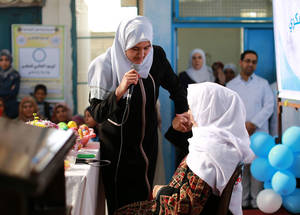 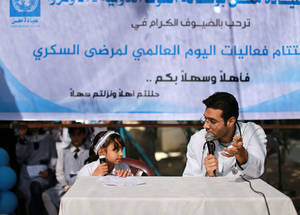 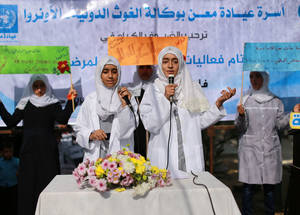