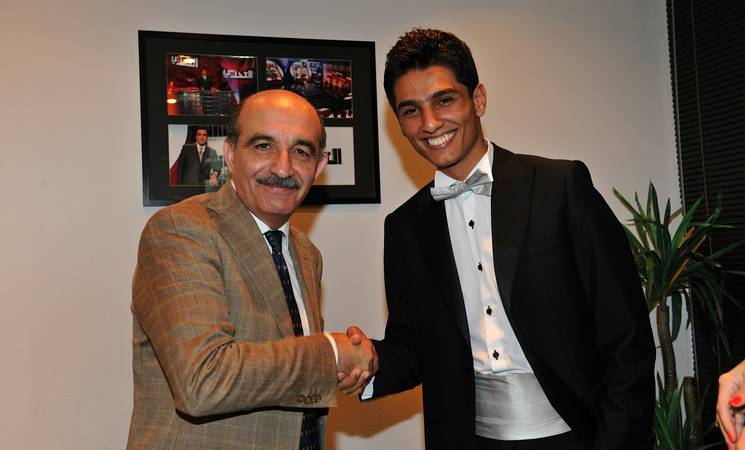 Beirut
Filippo Grandi, Commissioner General of the United Nations Relief and Works Agency (UNRWA), has named 23-year-old Mohammad Assaf as the first UNRWA Regional Youth Ambassador for Palestine Refugees. This follows Mohammad winning the Arab Idol crown and reflects his personal commitment to Palestinian refugees and to UNRWA.
“On behalf of everybody at UNRWA, I send warmest congratulations to Mohammad and his family”, said Grandi. “All Palestinians share in his success. Mohammad‘s music is a universal language and speaks to all of us. How fantastic that a Palestine refugee from Gaza should bring us all together in this way.”
Accepting his appointment as Youth Ambassador, Mohammad said: “I’m truly honoured to become an Ambassador for Palestine refugees. All my good memories of the UNRWA school in Khan Younis in Gaza, where I had the opportunity to study and grow, are still very fresh. Being a young refugee myself, I can understand better than anybody else the challenges and the opportunities before us. I’m committed to doing my very best to help UNRWA succeed in giving other young people like me the same chance.”
The first Palestinian to win Arab Idol, Assaf was born to Palestine refugee parents in Libya. He returned to the Gaza Strip with his family at age 4 and was raised largely in the refugee camp in Khan Younis. He has described himself as a “son of Palestine” and a “son of UNRWA”: his mother is an UNRWA teacher, and he himself was educated in UNRWA schools.
Assaf’s appointment as a Regional Youth Ambassador been made possible through the support of Platinum Records, whose General Director, Essam Kamal, said that the company “is extremely proud to see Mohammad Assaf become UNRWA’s Regional Youth Ambassador. He now advocates for over five million Palestine refugees.” Highlighting the company’s commitment to the refugee community, he continued: “Platinum Records will be proud to support him as an artist, and equally proud to support his social and humanitarian work on behalf of Palestine refugees.”
Young people, between the ages of 15 and 30, currently make up nearly 42 per cent of the 5.3 million refugees UNRWA is mandated to serve, and are a particularly vulnerable segment of the population. An UNRWA education offers them a better future. In over 700 schools, UNRWA teaches some 500,000 children. UNRWA’s 19,000 teachers help them acquire the skills they need to thrive and grow. With nine vocational training centres that see nearly 7,000 young men and women graduate each year, the Agency also equips young refugees with the skills and technical expertise to become self-sufficient.
Background Information: