“Strong Support for UNRWA at its Annual Pledging Conference” 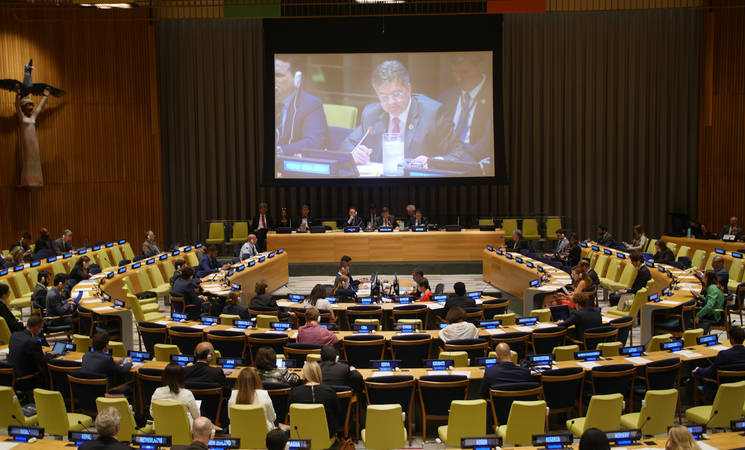 The Pledging Conference was a very positive event sustaining momentum in addressing the remaining shortfall of US$ 250 million of the United Nations Relief and Works Agency for Palestine Refugees (UNRWA), which could critically affect the vital UNRWA services to Palestine refugees. UN Member States expressed strong political support for UNRWA, its mandate and staff, and its critical services to Palestine refugees. The Conference saw additional pledges to UNRWA as part of an international effort to address the Agency’s funding shortfall, and to sustain its vital services.

The Pledging Conference date was advanced from December to June to allow UNRWA to consult with the General Assembly on the status of its finances in the middle of the year, when there is still time to take action to address the remaining shortfall. The Pledging Conference was established as a forum for Member States to concretely express their solidarity with Palestine refugees. The Conference assumed even greater importance in 2018, given the current and unprecedented UNRWA shortfall. There were many calls for collective action to ensure UNRWA activities continue throughout 2018.

Reflecting the commitment of the international community to UNRWA and Palestine refugees, the Conference was attended by officials from more than seventy Member States, as well as international organizations partnering with UNRWA and members of civil society. Statements were made by UN Secretary-General António Guterres, the President of the UN General Assembly Miroslav Lajčák, the UNRWA Commissioner-General Pierre Krähenbühl, as well as numerous Member States.

The Secretary-General expressed his “deep worry about the increase in human suffering and the destabilizing impact if we fail to find the necessary resources to maintain vital UNRWA services to the end of the year”. He stressed the invaluable contribution of UNRWA to long-term development, in particular education, health care, gender parity, and economic empowerment, thereby “moving our world closer to the promise of the 2030 Agenda for Sustainable Development to leave no one behind”.

The Commissioner-General thanked Member States for their support, particularly those who had made additional contributions already in 2018.  He noted however, given the current shortfall “we do not have income to ensure the schools will open on time in August”. The Commissioner-General added that, “it is critical that we build on the success of the first half of the year and secure the needed funding to ensure the next school year opens on time and our key programmes are preserved”.