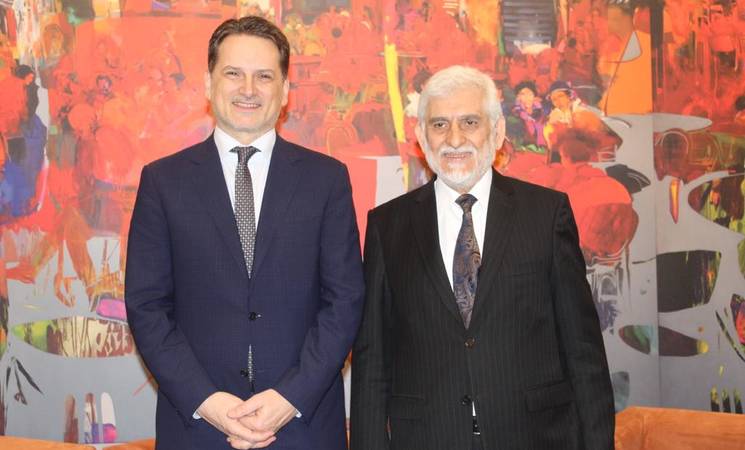 The government of Afghanistan has contributed $1 million to the United Nations Relief and Works Agency for Palestine Refugees (UNRWA).

In expressing his gratitude to Afghanistan, UNRWA’s Commissioner-General described this donation as an “immense gesture of great dignity” at a time when Afghanistan faces many challenges and its people still endure the consequences of decades  of war. "The Afghan decision to support Palestine refugees will be written in golden letters in the history of UNRWA," said Mr. Krähenbühl. “This is a message that we will carry around the world to inspire others to stand firmly with Palestine refugees. It  is a symbol that the world has not  forgotten them.”

The Ambassador of Afghanistan to Turkey reiterated his country’s “historic position on Palestine,” which made “the decision to fund UNRWA very important one .”

This contribution by Afghanistan carries a strong message of commitment and solidarity from a country whose people has long suffered wars and hardship. It coincides with the recent establishment of a Developmental Waqf Fund for Palestine refugees, adopted at the Council of Foreign Ministers of the Organization of Islamic Cooperation (OIC) in Abu Dhabi last week.

On that occasion, Commissioner-General Krähenbühl met with H.E. Salahuddin Rabbani, the Foreign Minister of Afghanistan and expressed his heartfelt gratitude for the remarkable decision to support UNRWA.