Home » Newsroom » Press Releases » Amid an increase in needs and dependence on aid, UNRWA calls for reliable funding
Back to Newsroom

Amid an increase in needs and dependence on aid, UNRWA calls for reliable funding 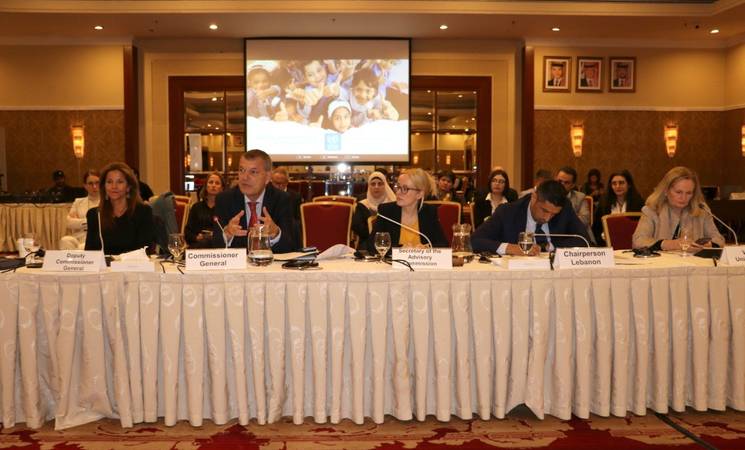 AMMAN 15 November 2022 - The Advisory Commission (AdCom) of the United Nations Relief and Works Agency for Palestine Refugees in the Near East (UNRWA) focused its biannual meeting in Amman this week on the urgent need to ramp up funding for the Agency amid an increased dependence of Palestine refugees on aid. As the United Nations General Assembly prepares to renew the Agency’s mandate for another three years, it has become crucial to ensure that the resources UNRWA receives match the expectations set in the mandate for a solid contribution to the right of Palestine refugees to a dignified life.

“An increasing number of Palestine refugees feel like they are hanging by a thread,” said UNRWA Commissioner-General Lazzarini. “UNRWA is the most consistent source of support and safety to one of the region’s most underprivileged communities. While the Agency enjoys strong political support for its critical education, health, social protection and other services, its chronic underfunding makes one wonder how much longer we will continue to function with much less than what we need.”

Over the past months, UNRWA has recorded a sharp increase in overall needs of Palestine refugees amid global financial crises, high inflation, unemployment and poverty rates. As prices of basic commodities including food have skyrocketed, many Palestine refugees have become totally dependent on assistance from UNRWA. They struggle to make ends meet and bring food to the table.

In Gaza, as the 15-year-long blockade continues, more people (or 1.1 million) now rely on food assistance from UNRWA. In 2007, only 800,000 people received food assistance. While rates of education are high, Gaza is home to the highest levels of unemployment among young people in the world. In Lebanon, Palestinians have hit rock bottom, with almost every Palestine refugee now living in poverty. In the occupied West Bank, Palestine refugees have endured the most violent year on record in more than a decade and a half. In Jordan, Palestine refugees are among the most to live the economic repercussions of the COVID-19 while in Syria people are resorting to going back and living in the rubble of their destroyed homes. Many are sleeping in the open because they cannot afford to live anywhere else.

“In today’s almost unlivable circumstances, Palestine refugees have nowhere else to turn to survive, but to UNRWA. The Agency has become their beacon, their last resort, especially in the absence of any political prospects for them. Their access to schools, healthcare and protection from violence and discrimination should not become a luxury. A dignified life is part and parcel of the commitment of the international community towards them through the mandate of UNRWA,” concluded the Commissioner-General.

Highlights on UNRWA operations in the five areas and impact of underfunding:

For more information on the AdCom, please click here.