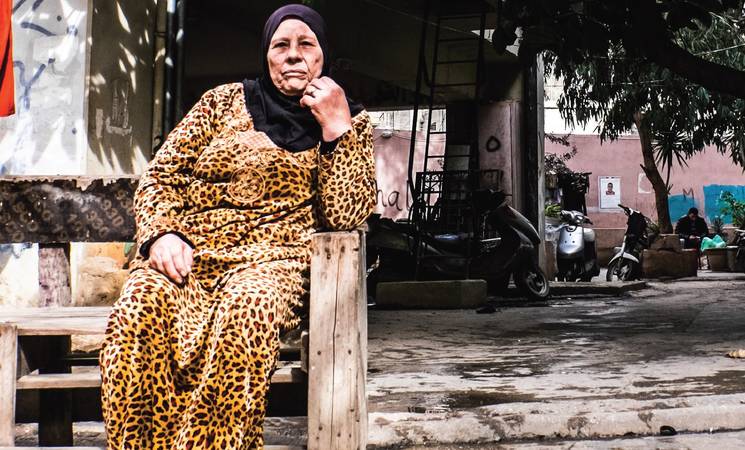 Today, the American University of Beirut (AUB), together with the United Nations Relief and Works Agency for Palestine Refugees in the Near East (UNRWA), launched a “Survey on the Socioeconomic Status of Palestine Refugees in Lebanon, 2015”.  This publication updates the original flagship report from 2010, with leading academic research and analysis by the AUB.

This publication gives an in depth analysis of  the living conditions and socio-economic status  of all Palestine refugees living in Lebanon, with a special focus on the Palestine refugees from Syria who sought refuge in Lebanon in the past five years. It highlights the challenges they face particularly with respect to their poverty levels and access to employment.

Five years after the 2010 AUB socioeconomic survey, 65 per cent of Palestine refugees from Lebanon and some 90 percent of PRS live in poverty, including 9 per cent of the PRS living in extreme poverty and unable to meet even their most essential food requirements. Unemployment is comparatively of concern at 23.2 per cent for PRL and 52.5 per cent for PRS.

The launch of this groundbreaking study took place at the Maammari Auditorium of the Suliman Olayan School of Business on AUB campus and was attended by UN officials, representatives of the host country Lebanon, representatives of the Palestinian community in Lebanon, the donor community, international and local NGOs, members of academia and the media. The event included keynote presentations by Interim Associate Provost at AUB, Dr. Hala Muhtasib representing AUB President Dr. Fadlo R.  Khuri; the United Nations Special Representative for Lebanon, Ms Sigrid Kaag; Director of UNRWA Affairs in Lebanon, Mr. Matthias Schmale; the Palestinian Ambassador to Lebanon, Mr. Ashraf Dabbour; and the AUB lead author of the report Dr. Jad Chaaban.

This study would not have been possible without the generous funding provided from the Lebanon Crisis Response Plan/UNRWA Syria Emergency Appeal, the European Union, and UNICEF.