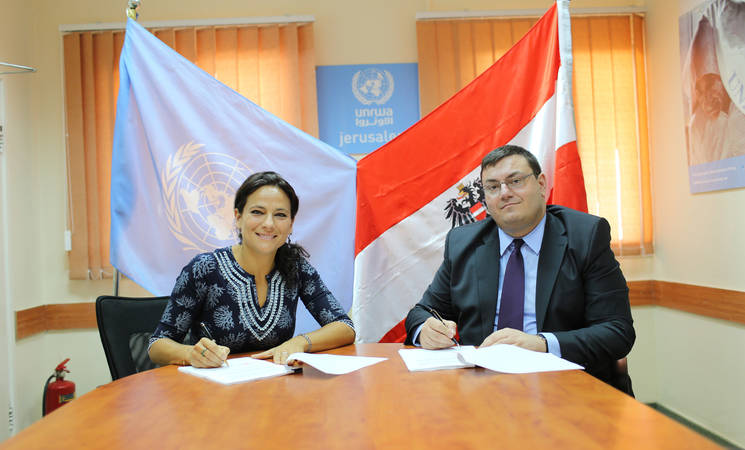 The Austrian government has donated EUR 1.25 million (US$ 1,382,743) to help UNRWA provide health care to Palestine refugees in Gaza and the West Bank.