Home » Newsroom » Press Releases » Campaign for the Relief of the Palestinian People in Gaza contributes $540,000 towards food distribution in Gaza
Back to Newsroom

Campaign for the Relief of the Palestinian People in Gaza contributes $540,000 towards food distribution in Gaza 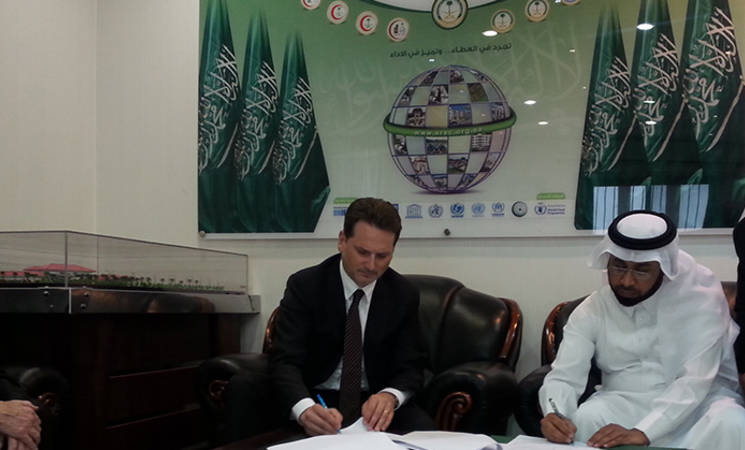 The Custodian of the Two Holy Mosques Campaign for the Relief of the Palestinian People in Gaza will generously donate $540,000 towards food distribution in Gaza starting from the month of Ramadan. An agreement has been signed to this effect during the first visit of UNRWA Commissioner General, Pierre Krahenbül, to Riyadh.

This contribution will enable families, to receive essential basic commodities (flour, rice, oil, sugar powder milk and corned beef). The total number of beneficiaries is expected to be 15,400 families (23,100 persons), during the month of Ramadan.

Pierre Krahenbül expressed gratitude to the Campaign stating: “"We are very grateful to the Campaign of the Custodian of the Two Holy Mosques for the People of Gaza and to the Saudi people for this food donation for Ramadan. The people of Gaza continue to suffer greatly as a result of the blockade and are in dire need of support.  This renewed and valued donation illustrates the consistent support from the Kingdom of Saudi Arabia for the people of Gaza”.

The Saudi Committee and their various Campaigns for the Relief of the Palestinian People is one of the most steadfast Arab partners of UNRWA in the Gaza Strip. During the last few years, the Campaign contributed over $30 million towards food assistance, medication and fuel for the benefit of the refugees in Gaza, the West Bank, Syria, Lebanon and Jordan.