Home » Newsroom » News Releases » Celebrating the first day of a new school year: UNRWA students in Gaza go back to school
Back to Newsroom

Celebrating the first day of a new school year: UNRWA students in Gaza go back to school 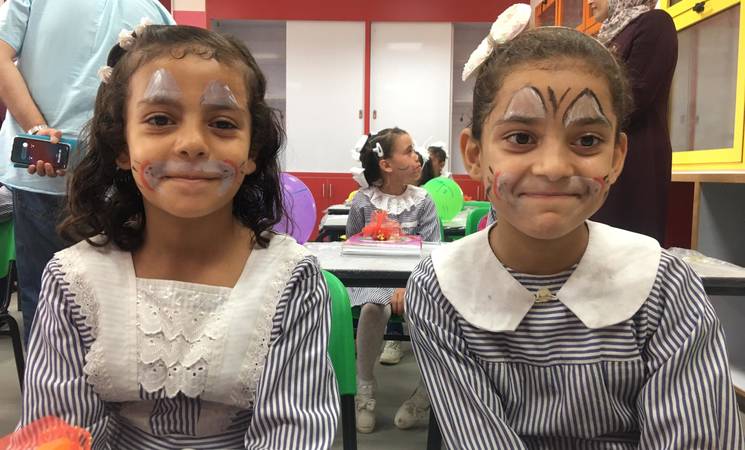 Today is the first day of the school year 2019-2020 for over 282,000 girls and boys who attend schools run by the United Nations Relief and Works Agency for Palestine Refugees (UNRWA) in Gaza. As children walked through the gates of the 276 schools run by the Agency in Gaza, they, like millions of children around the world, were both excited and apprehensive at the thought of meeting their friends and getting to know their new teachers. As for all schools across Palestine, today is also the first day for UNRWA school pupils in the West Bank, including those in East Jerusalem.

These school children in Gaza apart of the overall cohort of 532,000 UNRWA students, attending the 709 UNRWA schools in Syria, Jordan, Lebanon, the West Bank, including East Jerusalem, and Gaza.

“This is not just any first day of school, said UNRWA Commissioner-General Pierre Krähenbühl, who joined the pupils of Al-Sabra school in Gaza on this extraordinary day. “This is a celebration of perseverance of the students, the teachers and education staff and the parents, in the face of adversity.  These children represent hundreds of thousands of Palestine refugee students in the UNRWA areas of operations who regularly struggle to access schools because of checkpoints or conflict just to be able to enjoy a basic human right: access to education. We at UNRWA salute the young girls and boys who dream of a future, whether it is to become teachers, athletes, engineers or presidents. We also salute the teachers, the school counselors, the deputy and school principals and all school staff whose dedication and commitment are key to our entire educational structure.”

For nearly 70 years, UNRWA has preserved the right to education of Palestine refugee children and has provided inclusive and quality education, including during times of conflict, blockade and occupation, allowing 2.5 million students to graduate from its schools since 1950. Through its education system, UNRWA aims to ensure that Palestine refugee students develop their full potential and become confident, innovative, questioning, thoughtful and open-minded, to uphold human values and tolerance, and to contribute positively to the development of society and the global community. Through this investment in human capital, the Agency has also contributed significantly towards generating opportunities and employment.

“Opening UNRWA schools would not have been possible without the commitment of our numerous supporters, partners donors and hosts, to whom we are immensely grateful,” said Krähenbühl. “Even when UNRWA is facing monumental political and financial challenges, keeping children in schools is key to their well-being and that of their communities, as well as key to stability in Gaza and beyond.” He continued, “In the words of Hatem Hamdouna, President of the Gaza UNRWA Student Parliament, ‘UNRWA education is like oxygen. It’s what’s keeping us alive.”