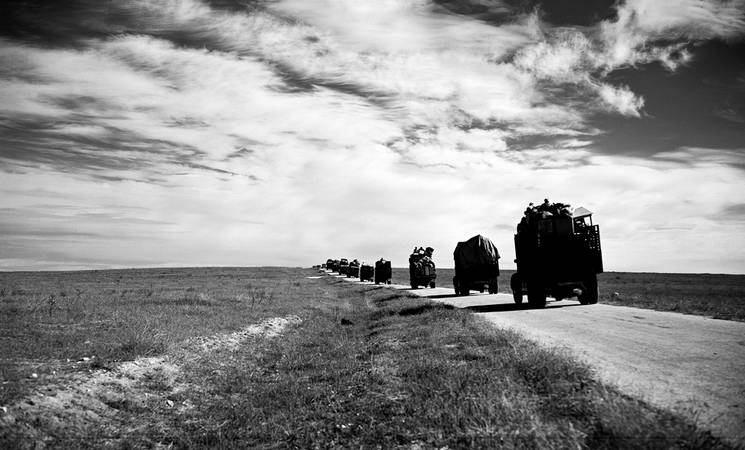 On Thursday, 22 September, the Danish Representative Office in Ramallah, the United Nations Relief and Works Agency for Palestine Refugees in the Near East (UNRWA) and the Danish House in Palestine will open a three-day exhibition featuring a selection of previously unpublished photos from the UNRWA Film and Photo Archive. The exhibition celebrates the completion of the digitization of the Archive’s photographic assets and the launch of the Archive’s online platform, accessible at http://unrwa.photoshelter.com, which will make a large part of the Archive accessible to the general public.

Since its founding, UNRWA has produced and compiled a film and photo archive covering most aspects of the lives and history of Palestine refugees. The Archive showcases UNRWA service delivery throughout the decades and the daily lives of Palestine refugees, as well as iconic images of Palestinians fleeing their homes in 1948, the establishments of camps in the 1950s, the second flight during the 1967 hostilities, the civil war period in Lebanon, the turbulent periods in the second half of the 1980s and the unrest that began in 2000. Today, the Archive consists of more than 430,000 negatives, 10,000 prints, 60,000 slides, 75 films and 730 videocassettes – over 500,000 assets in total. In 2009, the Archive was inscribed by UNESCO in the Memory of the World Register, thus recognizing its historic value. In 2013, with the support of the Government of Denmark through the Danish Royal Library in Copenhagen and other generous donors, UNRWA began the process of digitizing the Archive’s assets to preserve this unique and historic testament to the resilience and steadfastness of Palestine refugees.

“At the Danish House, we’re very pleased to host the exhibition of unpublished pictures from the UNRWA Archives. We hope that many people will take this opportunity to experience a unique and valuable glimpse of everyday life of Palestine refugees through the decades,” said Lone Bildsøe Lassen, director of the Danish House in Palestine.

“Denmark is proud to have supported this project that preserves the collective memory of Palestinian refugees from 1948 until now. This exhibition illustrates the power of visual images. They have a unique ability to bring history alive,” said Anders Tang Friborg, the Danish Representative in Ramallah.

“This event marks the culmination of years of hard work to restore and preserve this historic collection, which represents a significant part of the history and cultural heritage of Palestine refugees,” said Francoise Vanni, the Director of External Relations and Communications at UNRWA. “We are very excited about the Archive’s online platform, which will introduce this remarkable collection to new audiences.”

The exhibition will be open to the public on 23 and 24 September from 10 a.m. to 6 p.m. at the Danish House in Palestine in Ramallah.