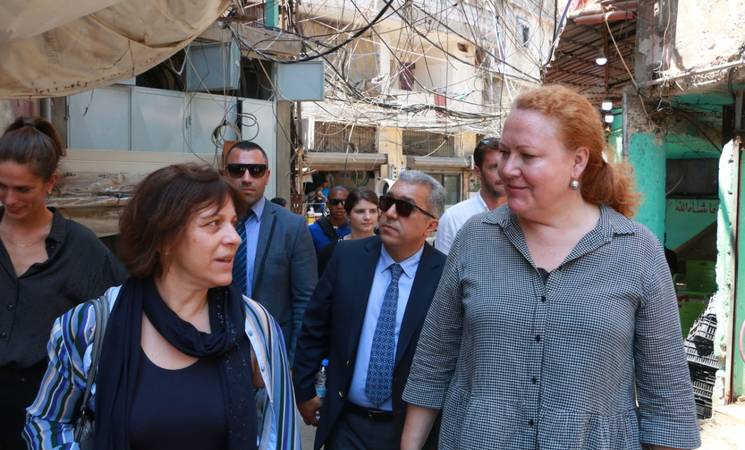 The Director-General of the Monegasque Ministry of Foreign Affairs and Cooperation, Ms. Isabelle Rosabrunetto visited Burj Barajneh Camp in Beirut, Lebanon accompanied by the Deputy Director of UNRWA Affairs in Lebanon, Ms. Daniela Leinen. The Government of Monaco increased its contribution to UNRWA in 2019, granting an additional EUR 100,000 to the current partnership. This contribution will support the MHF in Lebanon and will target beneficiaries distributed in all areas across Lebanon.

The Monaco delegation toured the camp and visited an UNRWA health clinic. The delegation was briefed on the living conditions and challenges faced by Palestine refugees in Lebanon with focus on UNRWA health services and the Medical Hardship Fund (MHF) which ensures improved access to treatment for vulnerable patients with severe and chronic health conditions. The MHF provides patients with additional financial support for their hospitalization. Conditions eligible include multiple sclerosis, cancer, thalassemia and sickle cell anemia.

Since 2011, the Agency’s partnership with Monaco has benefited Palestine refugees in Lebanon. Through Monaco’s support to the Agency, the provision of cardiology services, as well as diabetes care has significantly improved.

The Government of Monaco signed a multi-year agreement with UNRWA in support of the healthcare of Palestine refugees most in need of assistance. Monaco contributions have also supported access of secondary and tertiary hospitalization services and the provision of medication.

“Health is a priority sector of intervention of our international cooperation policy. In Lebanon, the Principality of Monaco supports health projects in several vulnerable areas. Within this framework, UNRWA is one of our partners and the Principality would like through this visit to reassure the organization and the Palestine Refugees of its continued support,” said Ms. Isabelle Rosabrunetto.

“The partnership and support from Monaco has always been invaluable to the Agency. Monaco is a key partner to UNRWA in Lebanon and the Agency looks forward working to further developing this ongoing strong partnership,” said the Director of UNRWA Affairs in Lebanon, Mr. Claudio Cordone. 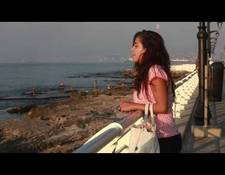