First official visit of UNRWA Commissioner-General to The Hague 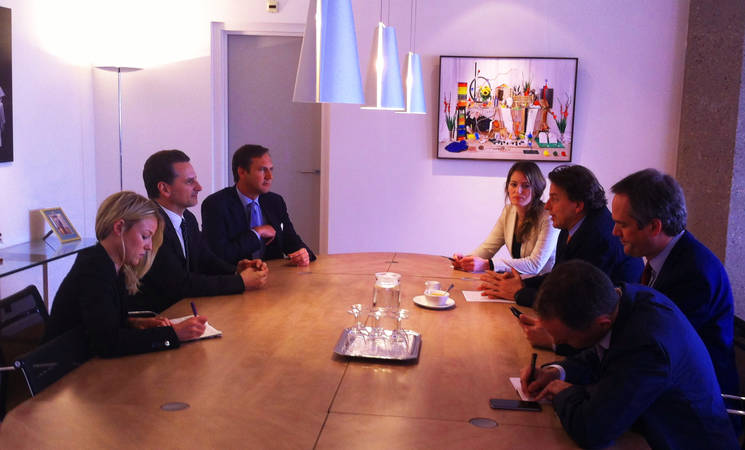 UNRWA Commissioner-General Pierre Krähenbühl made his first official visit in office to The Hague on 5 March to discuss the cooperation between UNRWA and the Netherlands, and the current situation in UNRWA's Fields of operation. Mr. Krähenbühl met with Mr. Bert Koenders, the Minister of Foreign Affairs, senior officials of the Ministry of Foreign Affairs and members of the House of Representatives of the Dutch Parliament.

The Netherlands has been a key contributor to the UNRWA General Fund in 2014, with a contribution of US$ 17.980 million. Its support to various UNRWA emergency appeals in Gaza and the West Bank was near US$ 6 million.

The Netherlands actively supports UNRWA's work on innovation in delivery of services, on the Agency's 2016-2021 Medium Term Strategy and on gender issues.