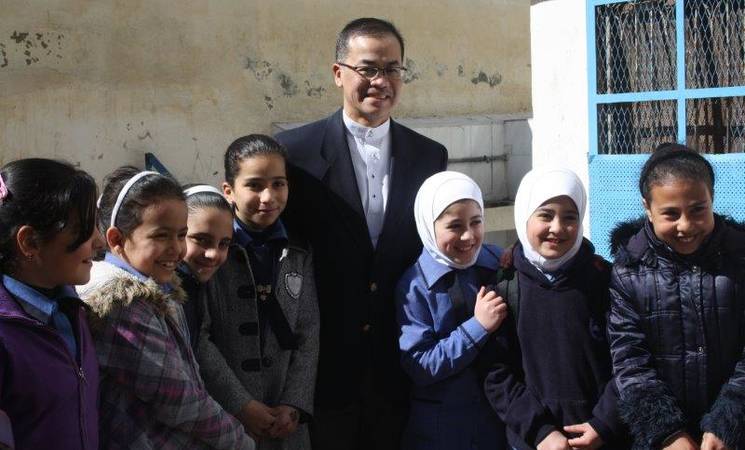 The Nation of Brunei has donated eight gas heaters to the UNRWA Nazzal Co-Ed Elementary School in Amman. The heaters were presented to the school by His Excellency Col. (Rtd.) Nooradin Haji Ya’akob, Ambassador of Brunei to Jordan, on 14 February 2016.

“I am really honoured to be in the school again today,” said the Ambassador during his visit. “During my first visit to the school, the cold during the winter and the hot temperatures during the summer that the children have to endure were at the top of the agenda of the school’s teaching staff. Today, we donated gas heaters to make the classroom environment more comfortable in the winter for the children and staff alike. In the summer, we will donate shades to protect the children from sun.”

Omar, a student in the third grade at Nazzal Elementary School, addressed the Ambassador, saying: “I am excited. Now I can take my jacket off inside the classroom. It is always cold in the classroom, especially in the morning.”

The Director of UNRWA Operations in Jordan Field, Roger Davies, welcomed the donation, saying: “We are grateful to His Excellency. This contribution represents the commitment of the Government of Brunei and its people towards Palestine refugees. It is important for Palestine refugees to see donor representatives among them, to know that they are not forgotten and that the international community still cares.”