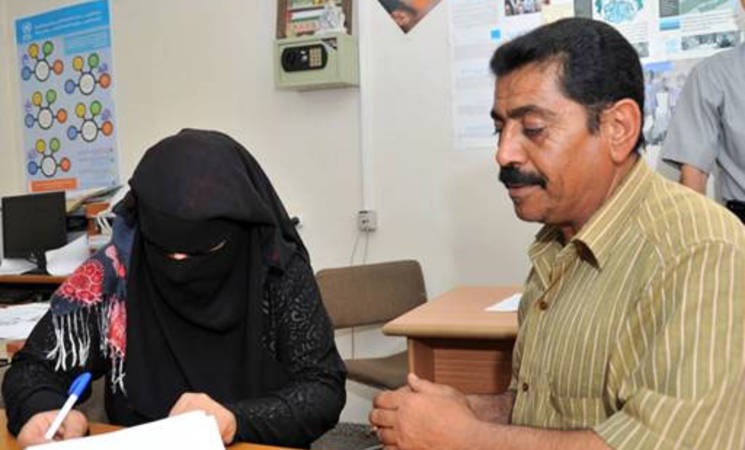 As part of its regular commitment to serving Palestine refugees in Gaza, UNRWA is allocating 449 newly-built housing units in the Khan Younis Rehousing Project to selected refugee families. As of 27 May, 71 families had signed the undertaking to establish their right to use the new shelter. Nine families have been handed the keys for their new home. In line with UNRWA policy, all agreements are co-signing by husbands and wives.

“The completed dwellings are currently being handed over to refugee families living in substandard shelters that impose direct physical and/or health threats to their inhabitants in addition to other protection concerns. These families typically have very few assets or opportunities to escape from poverty and suffering,” said UNRWA Relief and Social Service Programme Chief Asem Abu-Shawish.

The Rehousing Project, funded by the United Arab Emirates Red Crescent with US$ 19.7 million, offers 600 new housing units in total. The construction of the housing units started in 2007, yet works stalled in the following three years due to the blockade. In 2010, when access to construction material became possible for the UN under an agreed mechanism with Israel, 151 housing units were built and have provided shelter for refugee families ever since. In 2014, UNRWA started the construction of the remaining 449 units, which were completed this spring.

“The completion of the 449 housing units in Khan Younis, in this critical situation in Gaza, is a dream to come true. Besides rehousing families who lost their shelters due to repeated conflicts or who live in substandard dwellings, it is also the first project that creates much-needed camp improvement opportunities by relocating some families from the camp,“ said UNRWA Infrastructure and Camp Improvement Programme Deputy Chief Mohammed Reyati.

Almost half of the caseload of eligible refugees for the Khan Younis Rehousing Project are Social Safety Net Programme (SSNP) cases who are living in constricted shelters – defined narrowly as those with more than three persons living in less than 50m2 – and who are identified across the Gaza Strip according to an UNRWA assessment system that considers social, financial, cultural and technical criteria. Other selected beneficiaries include refugee owners of houses that were demolished by military operations before the 2014 hostilities and who have not yet received an alternative dwelling unit through UNRWA, refugee families from Khan Younis refugee camp whose houses will be demolished to improving living conditions in the camp, or families of school installation attendants who are living in UNRWA schools and thus occupying space urgently needed for the growing student population.

“UNRWA does care about us refugees, as this project once more shows,” said Khaled Mohammed al-Jalous, before he signed the undertaking together with his wife, Etimad Shukri al-Jalous, in the UNRWA Relief and Social Services office in Khan Younis. The al-Jalous family has lived in a small, deficient shelter since 1996. “Now we are 11 persons living in a small two-bedroom shelter; soon, we will have double the size of that, and it will be healthier and bigger,” he said. 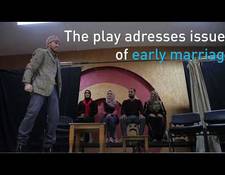