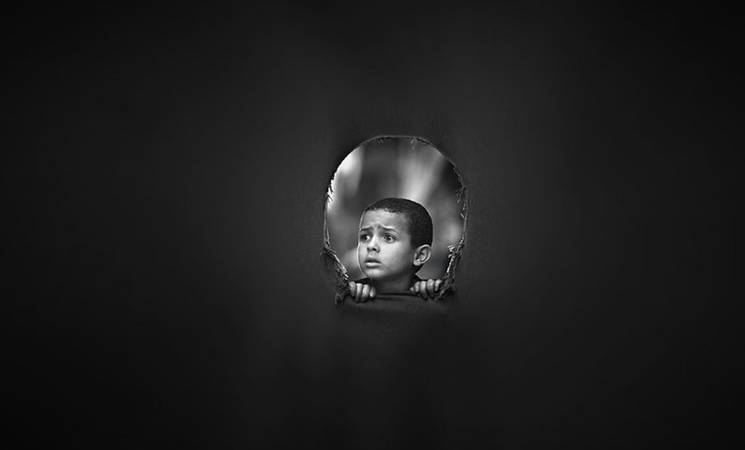 The United Nations Relief and Works Agency (UNRWA) and the European Union (EU) announced the results of their 2013 photo and film competition for young Palestine refugees at the Sakakini Cultural Center in Ramallah.

The event also marked UN Day. The Director of UNRWA Operations in the West Bank, Felipe Sanchez, said: “It is noteworthy that we are announcing the winners on this special day, UN Day, when the international community comes together to recognize the anniversary of the establishment of the United Nations and its continued work in connecting the people of the world together, to work towards human rights and peace for all.”

The annual event, supported by the EU, gives Palestine refugee youth an opportunity to showcase their creativity through film and photos. The Agency received submissions from all UNRWA areas of operations except Syria, where the ongoing conflict prevents young people from participating in such events.

This year, UNRWA and the EU have combined the photo and film competitions and invited all Palestine refugees to submit original photos, photo essays and short films on the theme of ‘clothes line’, drawing on their experiences as refugees to achieve unique and creative interpretations.

"The EU has consistently supported this competition in recent years in an effort to give a voice to young Palestine refugees internationally. The collaboration between the EU and UNRWA in this event is part of the strong partnership between the two organizations, aiming at meeting the needs of Palestinian refugees and investing in their long-term future and the development of the region as a whole," said Deputy EU Representative David Geer.

Film competition winners
Receiving first prize in the film competition was 20-year-old Salah Alhaw from Gaza, who said that his video attempted to portray the “overcrowding and difficulties Palestinian refugees in the camps face on a daily basis.” Even so, he adds: “They are determined to go on, with a love for life and increasing home for a better future.”

Watch “Dance on the Rooftop” here.

The second prize also went to a young refugee from Gaza, 21-year-old Hussam Abu Dan, who said that his film “illustrated the use of creative means by Palestinian children to create games.” Beautifully made,
the film shows several young children collecting droplets from laundry hanging on different clothes lines, and later coming together to create bubbles.

Finally, Wajeh Youth Group in Burj Barajneh camp in Lebanon received the third prize for their film, “Alleyways without Light Bulbs,” which illustrates the difficulty of life in Palestine refugee camps in Lebanon using a unique style.

Receiving honourable mentions for their impressive films were Samar Abu Ouf for “Bread ‘Life’ Line” and Emad Abu-Shawiesh for “String of Fear.”

The European Union is the largest multilateral provider of international assistance to Palestine refugees. Between 2000 and 2012, the EU, excluding EU member states, has provided over EUR 2 billion of support to the Agency. This funding has enabled human development for the most vulnerable Palestine refugees in Gaza, the West Bank, Jordan, Lebanon and Syria.