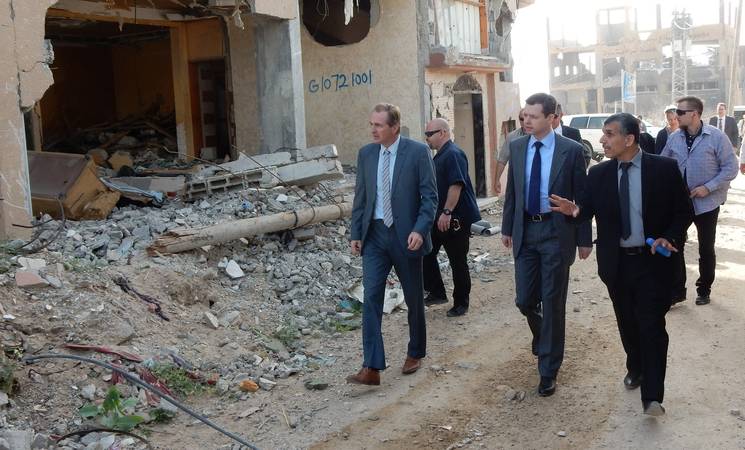 Germany has announced a new EUR 37 million (US$ 41 million) contribution to the UNRWA shelter assistance programme in Gaza. With a total contribution of EUR 80 million (US$ 93 million) to UNRWA programmes in Gaza to date, Germany is the second largest supporter of the UNRWA response to the humanitarian crisis resulting from the 2014 conflict.

Germany’s support immediately following the 2014 conflict in Gaza was crucial to allow UNRWA to initiate its emergency shelter assistance programme and provide much-needed humanitarian relief. UNRWA has only received funding to rebuild 200 of the 9,161 Palestine refugee homes that have been assessed as totally destroyed. All of this funding has come from Germany. This new contribution will allow UNRWA to further develop its shelter assistance response.

The Director of UNRWA Operations in Gaza, Robert Turner, said: “The support from Germany for reconstruction and recovery in Gaza has been extraordinary. More than eight months after the summer 2014 conflict ended, the situation in Gaza remains desperate and the people of Gaza urgently need other donors to follow the excellent example set by Germany.”

The new donation was announced by Parliamentary State Secretary of the German Federal Ministry for Economic Cooperation and Development (BMZ), Thomas Silberhorn, during a visit to Gaza on 12 May.

Speaking from Gaza, Mr. Silberhorn said: “Germany will continue to support reconstruction efforts in Gaza as an integral part of German-Palestinian development cooperation. Our cooperation with UNRWA in supporting Palestinian refugees in Gaza is crucial to reach the most vulnerable and to contribute to better living conditions.”

In 2014, Germany was the fifth-largest UNRWA donor in overall terms, with a total contribution of US$ 79 million.