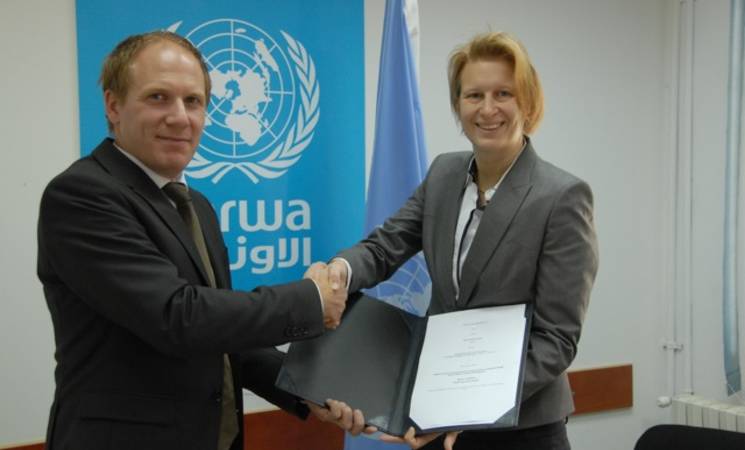 EUR 30 million will go towards reconstruction efforts in Gaza and comes in addition to a previous EUR 20 million contribution from BMZ through KfW after the summer 2014 conflict, making Germany the second largest contributor to the UNRWA emergency shelter response in Gaza. These funds will provide cash grants to approximately 1,200 Palestine refugee families to make the necessary repairs or reconstruction works to their severely damaged or totally demolished homes, as well as transitional rental subsidies for nearly 3,300 families who are waiting for their shelters to be repaired.

“We are deeply grateful for this latest contribution from Germany, which more than doubles the support they’ve already provided to the Agency’s shelter response in Gaza,” said Uta Böllhoff, Director of External Relations and Communications at UNRWA. “The generous donation comes at a crucial time, when many Palestine refugee families in Gaza and across the region are in need of adequate shelter as they prepare for the winter months.”

An additional EUR 10 million will go towards camp improvement projects in Lebanon and Jordan and EUR 5.80 million will provide support for Palestine refugees from Syria living in Lebanon, especially concerning water, sanitation and hygiene (WASH).

In 2015, Germany contributed EUR 83.2 million (US$ 89.9 million) to UNRWA. Germany is the Agency’s fifth largest donor and has been a member of the UNRWA Advisory Commission since 2005.