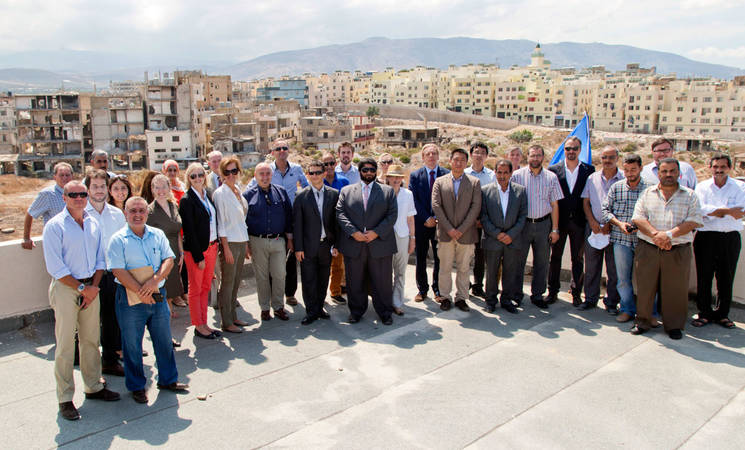 A high-level donor visit took place yesterday to Nahr el Bared Palestine Refugee Camp in Northern Lebanon. The field visit, organized by UNRWA Lebanon, was the first donor visit to Nahr el Bared for over a year. The delegation included, the Head of the Delegation of the European Union to Lebanon, Angelina Eichhorst, and heads of missions and representatives of eleven donor countries – Algeria, Australia, Belgium, China, Germany, Finland, Norway, Qatar, Spain, Sweden and Switzerland. The Ambassador of Palestine, Ashraf Dabbour, and the President of the Lebanese-Palestinian Dialogue Committee (LPDC), Dr. Hassan Mnemneh, also participated in the visit.

The donor representatives were welcomed by families whose homes have recently been reconstructed. They also met with displaced families from Nahr el Bared whose homes will only be reconstructed if there is additional funding. The visitors also met with beneficiaries and staff in the UNRWA Health Clinic and visited Manara School, which was completely destroyed in 2007 and reopened in 2013.

The visit to Nahr el Bared was preceded by a briefing by UNRWA, which was hosted by LPDC at the Grand Serail in Beirut. At the briefing, Director of UNRWA in Lebanon, Ann Dismorr, said: “The destruction of NBC in 2007 led to the loss of the homes and properties of the Palestinian community. Some 27,000 Palestine refugees lost their homes and the UNRWA Compound was also completely destroyed. Seven years later, much of the community remains uprooted and continues to rely heavily on assistance from UNRWA”. Mrs. Dismorr added: “we are running out of funds and we urgently need to raise more; otherwise the reconstruction will come to a halt next year”.

The visiting donor representatives were pleased with the opportunity to visit the camp and with the warm welcoming they received from its residents. The visitors thanked UNRWA for organizing the visit and reaffirmed the international community’s commitment to supporting the Palestinians in Lebanon.

The reconstruction of Nahr el-Bared Camp is the largest single project UNRWA has ever undertaken, with total estimated cost of USD 345 million. USD 188 million has been received to date, leaving a shortfall of USD 157 million. 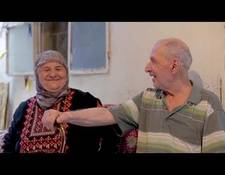