Home » Newsroom » Press Releases » India provides US$ 2.5 million to UNRWA for Palestine Refugees
Back to Newsroom

India provides US$ 2.5 million to UNRWA for Palestine Refugees 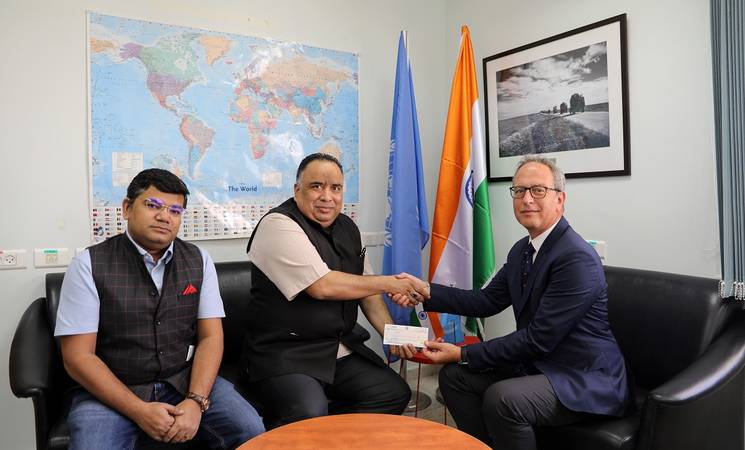 Today, the Government of India contributed US$ 2.5 million to the United Nations Relief and Works Agency for Palestine Refugees in the Near East (UNRWA) in support of the Agency’s programmes and services, including education, health care, relief and social services for Palestine refugees. The contribution was presented to UNRWA by Mr. Sunil Kumar, Director of the West Asia and North Africa Division of the Indian Ministry of External Affairs.

Mr. Karim Amer, Director of Partnerships of the Department of External Relations of UNRWA, said: “This timely contribution is a strong demonstration of India’s unwavering support to the work of UNRWA and commitment to the wellbeing for Palestine refugees. On behalf of UNRWA, I would like to express our deep appreciation for the Government of India for its continued funding to the Agency and its backing of Palestine refugees across the Middle East.”