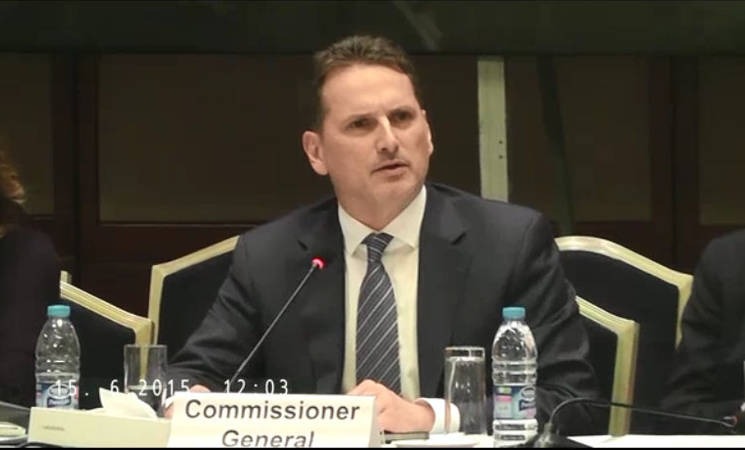 "The isolation, exclusion and dispossession of Palestine refugees in Syria, Gaza, the West Bank, Jordan and Lebanon represent a time bomb for the Middle East region," according to Pierre Krähenbühl, Commissioner-General of the United Nations Relief and Works Agency (UNRWA). Speaking at a meeting of the UNRWA Advisory Commission of major donors and host governments in Amman, Mr. Krähenbühl said more than 5 million Palestine refugees today "face an existential crisis on many fronts," which he said was "a denial of dignity and rights that must be addressed."

The Commissioner-General called for urgent and concerted action to address the underlying political causes of this situation, adding that the human consequences of inaction were growing exponentially.

Mr. Krähenbühl also pointed out that the Agency was facing its most serious financial crisis ever. "Currently, UNRWA confronts a funding shortfall for core activities – such as schools for half a million children – to cover the year 2015 of US$ 101 million,” he said. “UNRWA at present could pay salaries and cover activities only into September."

On emergency funding for UNRWA, he pointed out that the Agency was in a dire situation. Funding for the 2015 UNRWA Syria appeal stands at only 27 per cent. As a result, the Agency has had to scale back the frequency and amount of cash assistance that is distributed to refugees in Syria in situations of extreme vulnerability. In Lebanon, Palestine refugees from Syria are not receiving assistance towards housing, gravely affecting families without the means to secure shelter. The UNRWA Gaza reconstruction appeal for US$ 720 million has received approximately US$ 216 million in pledges.

With unprecedented needs faced by Palestine refugees, contributions are falling far short of demand, and Mr. Krähenbühl said UNRWA would have to implement serious austerity measures. He insisted that these measures were aimed at reducing costs while preserving core services. Taking into account concerns expressed by refugees, staff and host governments, Mr. Krähenbühl confirmed that services in health, sanitation, and relief and social services would be guaranteed in 2015. He underlined the urgency of mobilizing all the necessary support to close the funding gap to ensure continued education services.

UNRWA will organize a special consultation with host governments within 10 days to exchange further views on this critical situation. The Advisory Commission expressed a collective will to support UNRWA and look for solutions to the present challenges.

Mr. Krähenbühl conveyed the absolute determination of UNRWA to live up to its mandate and provide the services, support and respect that Palestine refugees should receive.