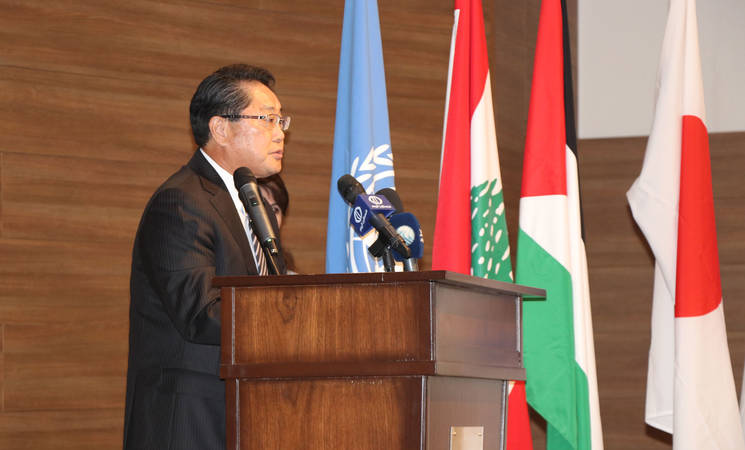 Today, the United Nations Relief and Works Agency for Palestine Refugees in the Near East (UNRWA) in partnership with Naba’a Development Action without Borders NGO held a ceremony at the Saida Municipality in the south of Lebanon to recognize the support provided by the Government of Japan in response to the emergency needs and shelter rehabilitation in Ein El Hilweh following the clashes in 2017.

In November 2017, Japan announced a US$ 3 million contribution towards the Agency’s humanitarian response in Ein El Hilweh camp. This contribution provides UNRWA with the funding necessary for the rehabilitation of approximately 950 damaged shelters. As part of a wider effort together with the European Union to respond to the immediate needs of families affected by the violence, this Japan contribution also provided emergency cash assistance to approximately 140 families.

The ceremony was attended by the Ambassador of Japan to Lebanon, H.E. Matahiro Yamaguchi, the Director of UNRWA Affairs in Lebanon, Claudio Cordone, the head of the Saida Municipality, Mohammad Al So’udi, representative of the Palestinian Ambassador to Lebanon, Ramzi Mansour, and Chairman/General Director of Naba’a Qassem Saad.

Mr. Cordone thanked Japan for the contribution and said: “Japan has long been a highly valued UNRWA donor. We deeply appreciate their support at this time of urgent need. The Japanese contribution has enabled UNRWA to provide much needed humanitarian assistance to families affected by violence, who have lost their houses and livelihoods and have to endure displacement and instability.”

The Japanese Ambassador Mr. Yamaguchi said: “I genuinely hope that this project will bring some relief to Palestinian families who have been frustrated over the destruction of their shelters”. He then emphasized that the aim of the Japanese contributions is to enhance the living conditions of the Palestinian refugees and to mitigate the impact of the crisis affecting the Palestinian communities in the region. He also said that the Japanese Government will continue to make efforts to support UNRWA.

On the occasion, Mr. Mansour, representative of the Palestinian Ambassador to Lebanon said: “We appreciate the continued and extraordinary support from Japan, which has a great and positive impact on the Palestinian people in Palestine and the Diaspora”.

The initiative is being carried out in partnership with Naba’a Development Action without Borders, a local NGO supporting Palestinian communities in Lebanon. Qassem Saad, Chairman and General Director of Naba’a said: “Thanks to the people of Japan for their generous contribution enabling families to rehabilitate and return to their shelters, and thanks to UNRWA for the effective collaboration during the whole process of the humanitarian response.”

The ceremony was followed by a visit to al-Tiereh sector in Ein El Hilweh where the visitors met with beneficiaries and were briefed on the current situation and the ongoing works.

Meet Obaida: An Engineer in the Making 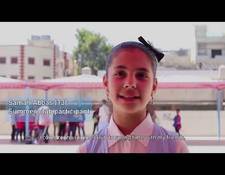 Japan Summer Learning
Japan Contributes Over US$ 11 Million for Food, Education and Sanitation for Palestine Refugees
UNRWA students in Gaza Connect with Japanese Research Station in Antarctica
Meet Obaida: An Engineer in the Making