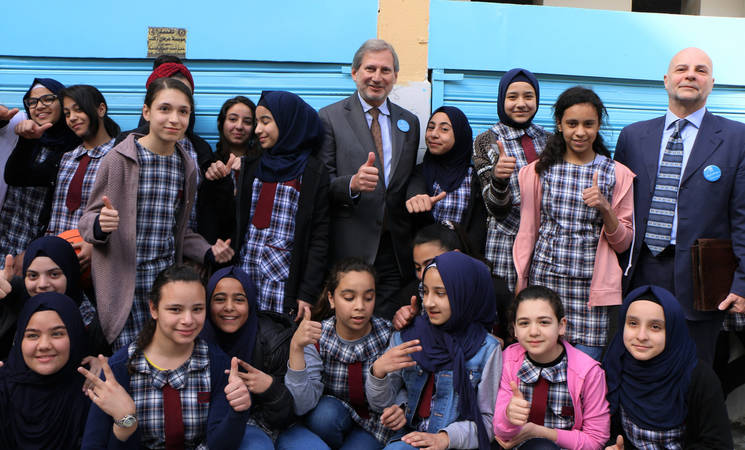 The EU-funded project “Healthy Living, Healthy Spaces” included renovation works in the playground, as well as murals to decorate the walls of the playground. Earlier this month, the European Union announced that it was making available EUR 82 million of previously pledged funds to the 2018 UNRWA operating budget on the margins of the extraordinary UNRWA Ministerial Conference in Rome.

EU Commissioner Johannes Hahn said, ''Together with the Member States, the European Union is the largest donor to UNRWA in the region and in Lebanon. UNRWA is an important stabilising factor in the region and is essential to provide basic services like education and health care for the most vulnerable. The EU is and will remain a staunch and reliable supporter of UNRWA, both politically and financially. My presence here in Beddawi today is to reaffirm this. But services have to aim at achieving more and better results and in a more cost-effective way.''

Speaking at the event in Beddawi, the Director of UNRWA Affairs in Lebanon, Claudio Cordone, thanked the European Union for its constant support.  “The EU’s generous and stable financial contribution to UNRWA activities is all the more appreciated by the Agency and the community it serves at this particularly difficult time.”

Following the inauguration ceremony, Commissioner Hahn visited the UNRWA Kawkab-Battouf school, which was also recently rehabilitated with the support of the European Union.

He then met young Palestine refugees in the camp and discussed with them the challenges they face at many levels and about their aspirations including regarding their professional life.

Apart from its contribution to the Agency's programme budget, the European Union is financing UNRWA projects in different areas such as education, health, shelter and infrastructure rehabilitation, and the reconstruction of Nahr el-Bared. The European Union Regional Trust Fund in Response to the Syria Crisis is also supporting the Agency in providing some 32,610 Palestine refugees from Syria with education and protection services and subsistence cash assistance. 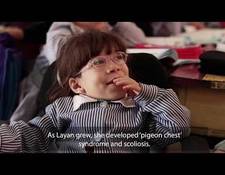