Home » Newsroom » Press Releases » THE KINGDOM OF SAUDI ARABIA CONTRIBUTES US$ 63 MILLION TO UNRWA FOR PROJECTS IN GAZA, THE WEST BANK AND JORDAN
Back to Newsroom

THE KINGDOM OF SAUDI ARABIA CONTRIBUTES US$ 63 MILLION TO UNRWA FOR PROJECTS IN GAZA, THE WEST BANK AND JORDAN 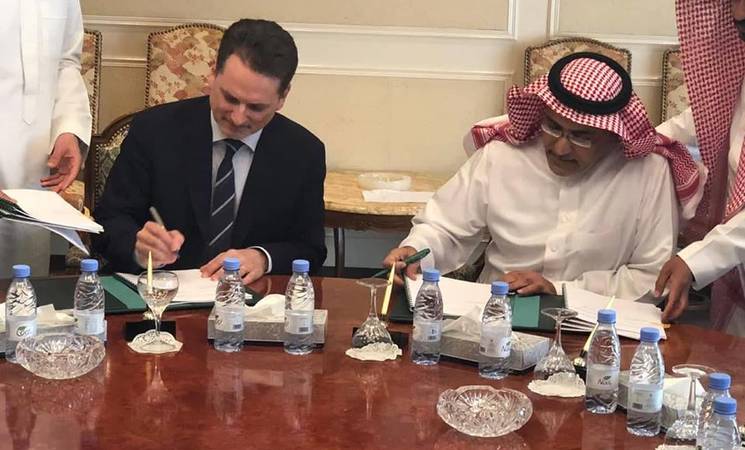 The Kingdom of Saudi Arabia, through the Saudi Fund for Development (SFD), has contributed US$ 63 million for projects to be implemented in Gaza, the West Bank and Jordan. The four agreements were signed today by the SFD Vice-Chairman and Managing Director, Dr. Khalid Sulaiman Alkhudairy, and the Commissioner-General of the United Nations Relief and Works Agency for Palestine Refugees in the Near East (UNRWA), Pierre Krähenbühl.

Dr. Khalid Alkhudairy said: “We are a proud partner of UNRWA, which is doing an excellent job serving Palestine refugees. We shall continue to support UNRWA and we look forward as always to witnessing the impact of these projects on Palestine refugees.”

Expressing his gratitude, Mr. Krähenbühl said: “I am extremely grateful to the government and the people of Saudi Arabia for the sustained support that the Kingdom has extended to UNRWA over the years. The Kingdom has always been forthcoming in its support towards Palestine refugees. I would like to express particular appreciation for the role played by the Saudi Fund for Development in delivering Saudi assistance. Our partnership with the Fund is of high importance to the Agency and deeply appreciated.”