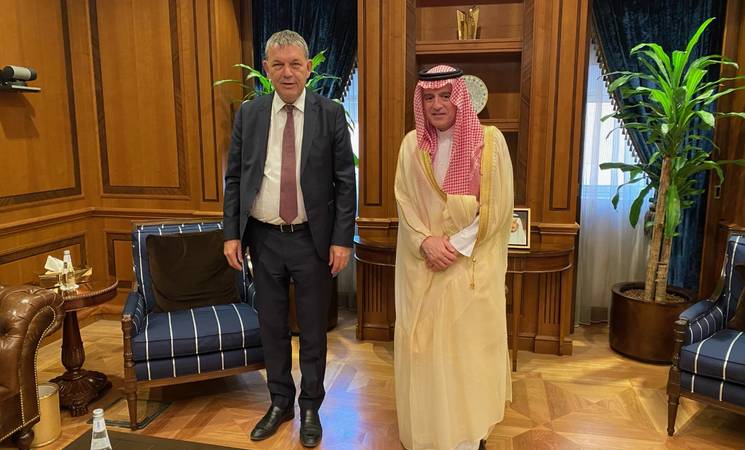 Last week, the Kingdom of Saudi Arabia contributed US$ 25 million to the United Nations Relief and Works Agency for Palestine Refugees in the Near East (UNRWA) through its embassy in Jordan. The contribution is part of a larger pledge by the Kingdom to help the Agency’s maintain critical services to 5.6 million Palestine refugees in the region. Saudi Arabia has been a steadfast supporter of the Palestine refugees for year and has been amongst the Agency’s top donors for years.

“On my first visit to the Gulf and first official visit outside UNRWA areas of operations as  Commissioner-General of UNRWA, I am in Riyadh today to express my gratitude to The Custodian of the Two Holy Mosques King Salman Bin Abdulaziz Al Saud and His Royal Highness Prince Mohammed Bin Salman, the Crown Prince, Deputy Prime Minister and Minister of Defense for their timeliness and generosity of their support to Palestine refugees,” said Mr. Philippe Lazzarini. “At a time of regional political turmoil, pandemic and economic and financial crises, Palestine refugees will know that their rights and wellbeing are not being questioned and that Saudi Arabia stands by them.”

In Riyadh, Mr. Lazzarini reiterated the centrality of UNRWA services to the lives of Palestine refugees and called for Saudi’s continued political and financial support. In his meetings with Senior Saudi Officials including H.E. Mr. Adel Al Jubair, Minister of State for Foreign Affairs, H.E. Dr. Abdullah Al Rabbeah, Supervisor General of the King Salman Humanitarian Aid and Relief Center, H.E. Dr. Khalid Al Khudairy, Vice Chairman and Managing Director of the Saudi Fund for Development, he discussed how access to basic services such as health and education provide a sense of normality to Palestine refugees despite the turmoil around them. “Such normality is key to their feeling of stability in a highly volatile region,” he added.

In 2018, Saudi Arabia contributed US$ 50 million to UNRWA, to help fill the shortage created by the decision of the United States administration to stop funding the Agency. Over the years, the strong support of the Kingdom has also transpired through increased funding to food aid, infrastructure and health-related projects by KSRelief and the Saudi Fund for Development totaling more than US$ 800 million. Such as the reconstruction and repair of about 250 affected houses for Palestinian refugees in Gaza Strip. 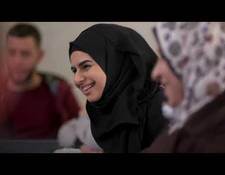