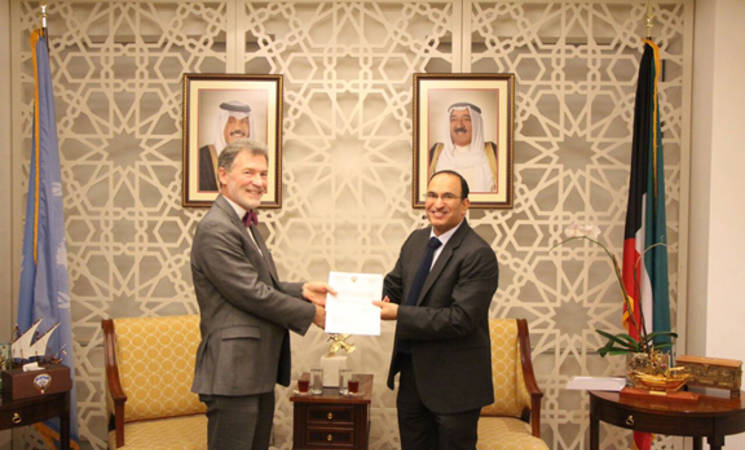 The United Nations Relief and Works Agency for Palestine Refugees in the Near East (UNRWA) is very pleased to announce that it received a contribution of US$ 5 million from the State of Kuwait in support of  Palestine refugees and UNRWA operations in Syria. Kuwait’s Ambassador to the United Nations in New York, Mr. Al-Otaibi, handed over a cheque to the UNRWA Representative in New York, Peter Mulrean, following a pledge made by Kuwait’s representative, Mr. Khaled Al Zaadi, at the recent Advisory Commission meeting held last November in Jordan.

Acknowledging this generous donation, UNRWA Commissioner-General Pierre Krähenbühl stated: “I am very grateful to the State of Kuwait for this important and renewed contribution towards Palestine refugees in Syria. I would like to express my heartfelt appreciation to the government and people of Kuwait for this valuable support. The generous contribution will help UNRWA provide crucial health care, education, protection, relief and social services for Palestine refugees who have endured conflict, displacement and suffering for far too long.”

Kuwait has been a longstanding and reliable donor to UNRWA, contributing a total of US$ 50 million over the last four years in support of the Agency’s efforts to assist Palestine refugees in Syria. This contribution shows the solid support of the State of Kuwait to the Palestinian cause and Palestine refugees, particularly those exposed to very dire circumstances in Syria. 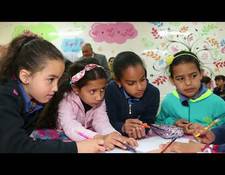