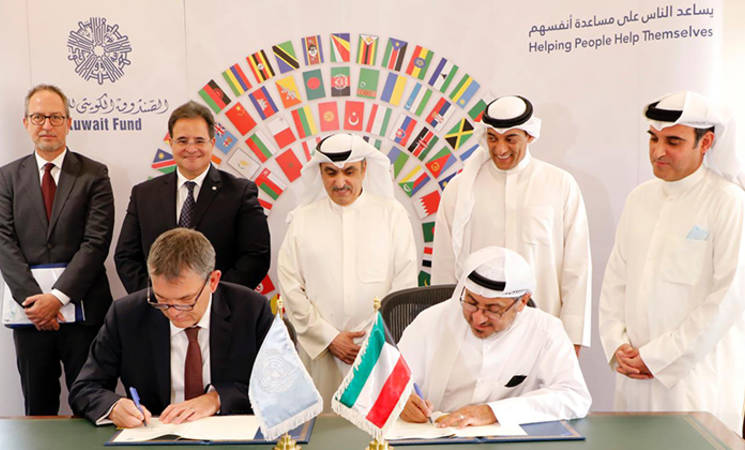 The United Nations Relief and Works Agency for Palestine Refugees in the Near East (UNRWA) concluded two contribution agreements with the Kuwait Fund for Arab Economic Development (Fund), to the total amount of US$ 21.5 million. The Fund will provide US$ 20 million to support the Agency’s core services in 2021 and 2022 and US$ 1.5 million for health and hospitalization services to Palestine refugees in Lebanon.

The Agreements were signed by the Director General of the Fund, Mr. Marwan A. Th. Alghanem and by UNRWA Commissioner-General Mr. Philippe Lazzarini during a signing ceremony at Kuwait Fund in Kuwait.

“This generous donation could not have come at a more critical time for Palestine refugees,” said the UNRWA Commissioner-General Philippe Lazzarini. “At a time of immense uncertainty and despair amongst refugee communities, such solidarity from an Arab country brings in a ray of light and a message that they - Palestine refugees - are not alone. Thanks to the support of donors like the Government of Kuwait and the Kuwait Fund, UNRWA is able to continue to provide services for millions of Palestine refugees.”

For the first time in decades, four out of the five areas where UNRWA operates are simultaneously in crisis: Gaza, the West Bank, including East Jerusalem, Lebanon and Syria. Palestine refugees consider the quality education, health services, and social protection they receive from UNRWA as a lifeline to a dignified life.  Kuwait has been a supporter of UNRWA greatly contributed to the human development of Palestine refugees for decades.

Mr. Alghanem said, “This contribution aims to ensure that the provision of vital services to Palestinian refugees are not interrupted. This is an affirmation of Kuwait’s firm position on the Palestinian issue and the Government of Kuwait’s commitment to helping Palestine refugees with the most basic needs in order to live a decent life.”

The Kuwait Fund is a leading institution in the Middle East that has played an active role in international development efforts since its establishment in 1961. Kuwait has long been an important donor to UNRWA through its government and through several national institutions such as the Fund. Since its establishment, total contributions provided by the State of Kuwait to the Agency have totaled US$ 238 million, enabling UNRWA to continue to provide essential services to Palestine refugees across the Middle East. 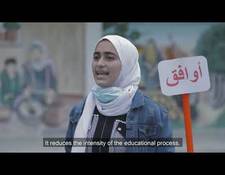