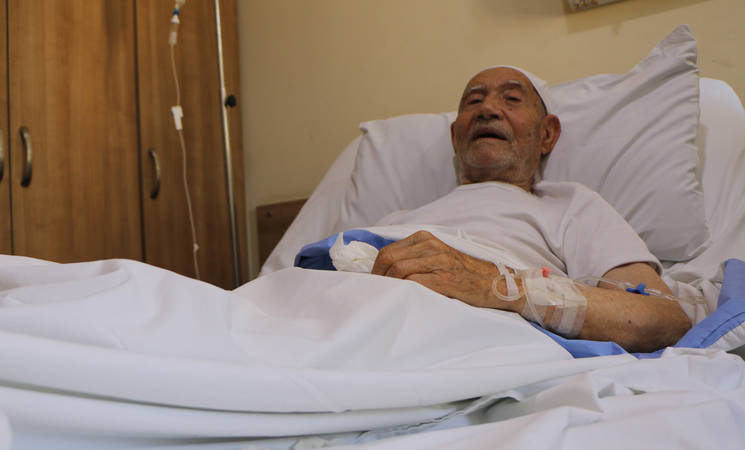 Taawon-Lebanon and The United Nations Relief and Works Agency for Palestine Refugees in the Near East (UNRWA) will be able to sustain their support towards the life- saving hospitalization for elderly Palestine refugees in Lebanon through funding received from the Lebanon Humanitarian Fund (LHF) for 2019. UNRWA and Taawon, through Health Care Society (HCS), will partially fund the treatment and hospitalization to medical cases reported to the UNRWA Medical Hardship Fund in accordance with the policies of both programmes.

The “Life-saving Hospitalization Support to Elderly Palestinian Refugees in Lebanon” project will target a particularly vulnerable sub-population within the Palestine refugee from Syria (PRS) and Palestine refugee in Lebanon (PRL) living in all Palestinian camps and gatherings in Lebanon. Specifically, it will target elderly individuals (over 60 years of age) who are in need of support to pay their hospitalization fees.

Covering hospitalization expenses is vital to refugees since the majority do not currently benefit from any external forms of health insurance, and rely on UNRWA support. More than two-thirds of Palestine refugees in Lebanon live below the poverty line, with some 100,000 Palestine refugees living on US$ 6 or less a day.

This collaboration embodies the common concerns shared by both parties to ensure continuity in providing coverage for critical medical treatment for elderly Palestine refugees. It is an essential intervention amidst the constant rise in the cost of health aid which puts refugees’ lives in danger.

Taawon – Lebanon is a non-profit independent institution. It was established in 1983 by a group of Palestinian businessmen and intellectuals in view of providing human development and support for Palestinians in the West Bank, including Jerusalem; the Gaza Strip; the 1948 territories and Palestine camps in Lebanon.