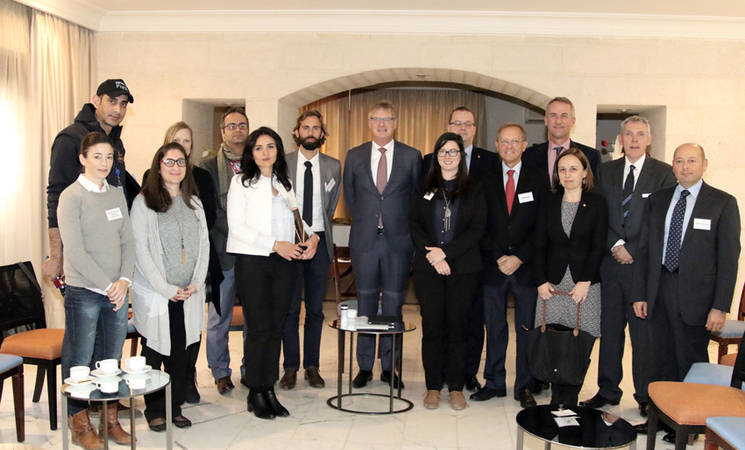 The Netherlands Embassy in Jordan announced on Monday, 28 November, a contribution of EUR 2 million to the United Nations Relief and Works Agency for Palestine Refugees in the Near East (UNRWA) in support of education services provided by the Agency to Palestine refugee children from Syria. This announcement comes as part of the Dutch government’s launch of a special regional fund in response to the Syria crisis to support affected countries, including Jordan, Lebanon, Turkey and Iraq. In Jordan, funds are allocated to programmes targeting Jordanians and refugees from Syria.

Speaking at the ceremony, His Excellency, the Ambassador of the Netherlands to Jordan, Paul van den IJssel said: “The Netherlands acknowledges the continued needs of Palestinian refugees from Syria. Thus, UNRWA is supported to continue its mission in sustaining education in its established schools. This comes on top of the regular Netherlands contribution to UNRWA.”

Thanking the Dutch government for their support to UNRWA, the Director of UNRWA Operations in Jordan, Roger Davies, said: “This is the second time in a row that UNRWA in Jordan receives support from the Netherlands to Palestine refugees from Syria (PRS). The funds this year will go exclusively to education provided to PRS children through the Agency’s schools, which is at the heart of UNRWA services provided to Palestine refugees. Funding the education programme ensures that no child is left behind and all children have the opportunity to improve their futures.”