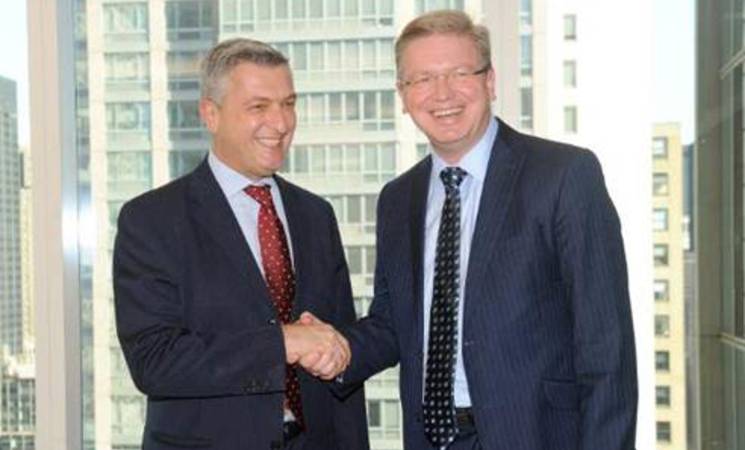 The European Union has announced an additional contribution of EUR 8 million (6 million euro for emergency education and 2 million euro for shelter assistance) to the United Nations Relief and Works Agency (UNRWA), which will help the Agency provide emergency education and shelter assistance to Palestine refugee children from Syria in Lebanon. The agreements were signed by UNRWA Commissioner-General Filippo Grandi and Commissioner for Enlargement and European Neighbourhood Policy Štefan Füle in New York today at the margins of the UN General Assembly.

The conflict in Syria continues to affect the Palestine refugee community. According to the latest headcount carried out by UNRWA in mid-August 2013, approximately 45,000 Palestine refugees fled from Syria to Lebanon as a result of the conflict and are currently residing in the country. Palestine refugees from Syria arriving in Lebanon are highly dependent on the host community and UNRWA and are in need of humanitarian aid in a large range of areas, including protection, emergency cash for food, housing and winter clothing, non-food items, health care, emergency education, psycho-social support, and environmental health. The arrival of additional refugees from Syria increases the burden on both the Palestine refugee community and UNRWA's already stretched services.

The effects of disruption in education are particularly perilous, as they can trigger the loss of the talents and aspirations of a generation. The continuing support from the EU will help UNRWA to mitigate this danger, by meeting the educational and appropriate shelter needs of displaced Palestine refugee children from Syria.

“Today, we have a good occasion to demonstrate the strength of the relationship between the European Union and UNRWA in helping Palestinian refugees,” Commissioner Füle said. “The EU is and will remain a long-standing supporter of UNRWA. Now we have signed two contracts worth 8 million euro to help UNRWA to meet educational needs of those Palestinian refugees – in particular children – who fled from Syria to Lebanon," he added.

The Commissioner-General thanked the EU for its support. He said: “While no efforts can spare these children from the heartache and trauma they have experienced, giving them access to regular education offers a sliver of normalcy and offers them hope and opportunity, ensuring that the next generation of Palestine refugees is equipped with the skills and capacities needed in any functioning society. Together with the welcome contribution for shelter assistance, these projects funded by the EU give a glimmer of hope in what is otherwise a tragedy for Palestine refugees and millions of others fleeing Syria.”