Israel’s highest-rating news programme, Channel Two News, has published a statement correcting false claims that rockets were fired from schools operated by the United Nations Relief and Works Agency for Palestine Refugees (UNRWA) during the Gaza war in 2008-2009. The statement makes clear that Israeli officials themselves acknowledged that such claims were false and that there was no evidence to support them.

“We heard this misinformation during the war when there was shelling on and around the Agency’s schools and our main warehouse in Gaza”, said UNRWA Spokesperson Chris Gunness, “but Israeli officials made it clear to the UN during the war itself that they knew claims about militants in UNRWA installations were completely false. Constant, unchecked repetition of this misinformation has been very damaging to the Agency and has produced some very poor and biased journalism, which I will continue to confront. This is the third time in just a few months that a major news organisation has issued a public retraction because of false information about UNRWA.”

The shelling in and around UNRWA installations, such as schools and the Agency’s warehouse in Gaza, were condemned by UN Secretary General Ban Ki-moon and other world leaders. In a statement issued on 15 January 2009, Mr. Ban expressed “outrage”, saying he had protested to Israel’s defence and foreign ministers. The defence minister had told Mr. Ban that the shelling of the UNRWA warehouse was a “grave mistake”.

Financial support to UNRWA has not kept pace with an increased demand for services caused by growing numbers of registered refugees, expanding need, and deepening poverty. As a result, the Agency‘s General Fund, supporting UNRWA’s core activities and 97 per cent reliant on voluntary contributions, has begun each year with a large projected deficit. Currently the budget deficit stands at USD 37 million. 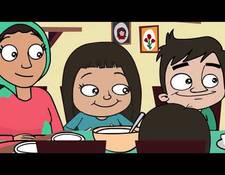