Home » Newsroom » Press Releases » Norway Contributes US$ 11.5 Million to UNRWA Emergency Services to Palestine Refugees Affected by the Conflict in Syria
Back to Newsroom

Norway Contributes US$ 11.5 Million to UNRWA Emergency Services to Palestine Refugees Affected by the Conflict in Syria 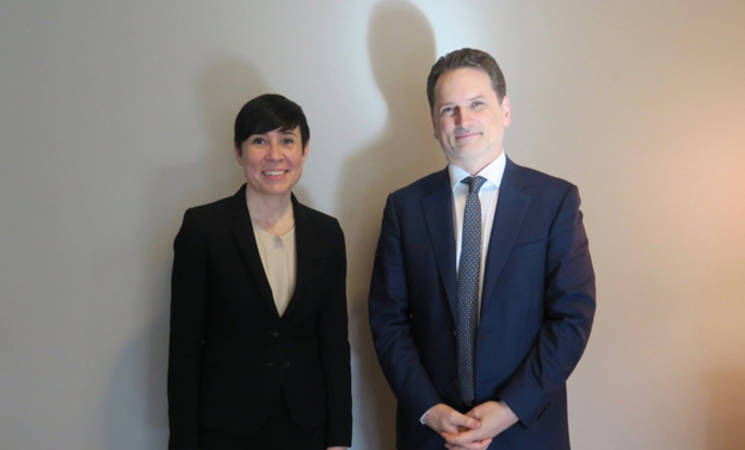 The Government of Norway announced its support to the United Nations Relief and Works Agency for Palestine Refugees in the Near East (UNRWA) with the generous amount of US$ 11.5 million in response to the Agency’s Emergency Appeal on the Syria crisis. Norway, a longtime supporter of Palestine refugees, ranked 11th in overall contributions to UNRWA and 4th in contributions to its Emergency Appeals, with a total of US$ 36.2 million in 2018.This latest donation brings Norway’s support to UNRWA to US$ 26.2 million in 2019.

“We have always known that we could count on Norway to support the dignity and rights of Palestine refugees,” said UNRWA Commissioner-General Pierre Krähenbühl. “Backing of the kind provided by Norway here today is like a glimmer of hope to one of the most vulnerable refugee populations in the world.”

UNRWA requires US$ 277 million for its humanitarian response to the Syria crisis, including support to some 560,000 Palestine refugees of whom 438,000 remain in Syria. The Syria Emergency Appeal covers emergency food aid, education and health services to Palestine refugees in Jordan, Lebanon and Syria.

The contribution was announced during the Commissioner-General’s visit to Oslo on April 8-9 2019 and after Norway had taken part in a strategic dialogue meeting in Stockholm organized by the Foreign Ministers of Sweden and Jordan, H.E. Margot Wallström of Sweden and H.E. Ayman Safadi respectively in April.

Norwegian Minister of Foreign Affairs H.E. Ine Eriksen Søreide, who attended the strategic dialogue in Stockholm noted: “This funding will be used to meet basic humanitarian needs and will target vulnerable groups, including displaced children who have a right to education, and refugees’ needs in healthcare.”

In addition to its consistent support of the UNRWA Emergency Appeals, Norway has long supported the Agency’s work in the fields of human rights, protection and gender equality.